A Georgia sheriff intervened when a bus driver attempted to leave migrants at a rural truck stop in his county, instead of taking the passengers to their original destination of Washington D.C.

"It's just not humane to drop somebody off in the middle of nowhere and just expect them to fend for themselves," he told host Steve Doocy. 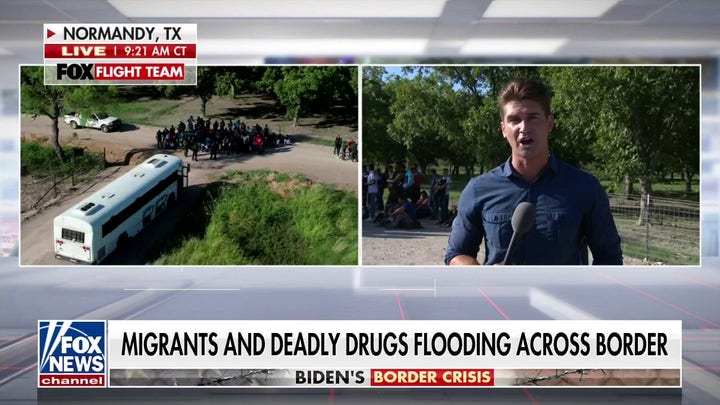 Washington, D.C., Mayor Muriel Bowser wrote a letter to Secretary of Defense Lloyd Austin on Thursday, requesting for the second time that 150 D.C. National Guard members be deployed to the nation's capital to assist with the arrival of migrants.

Thousands of migrants, some of whom have been bussed from Texas, have arrived in Washington, D.C., in recent months.

"With Texas bearing the brunt of the president’s catastrophic failure, in April I directed the Texas Division of Emergency Management to begin busing migrants to Washington D.C. to provide relief to overrun border communities and bring the reality of the crisis to the federal government’s doorstep," Abbott wrote in an op-ed on Thursday.

Payne said they had been receiving calls about migrants being dropped off at the truck stop and received a call from a local gas station about another bus arriving. He said officers arrived just before the bus was going to depart.

According to Payne, the driver was encouraging the migrants to walk to Chattanooga and said it was just a "short walk."

"It would have been a very long walk, a 20-mile walk to Chattanooga from where they were at. And they just dropped them off in essentially the middle of the country. There's nothing down there except the truck stop and farmhouses and farmland. So leaving them there would have essentially been establishing a homeless camp," he said.

Payne added that the Georgia governor said he would call the owner of the bus line to ask that they do not make drop-offs in the state and also mentioned that the migrants had government-issued cell phones.