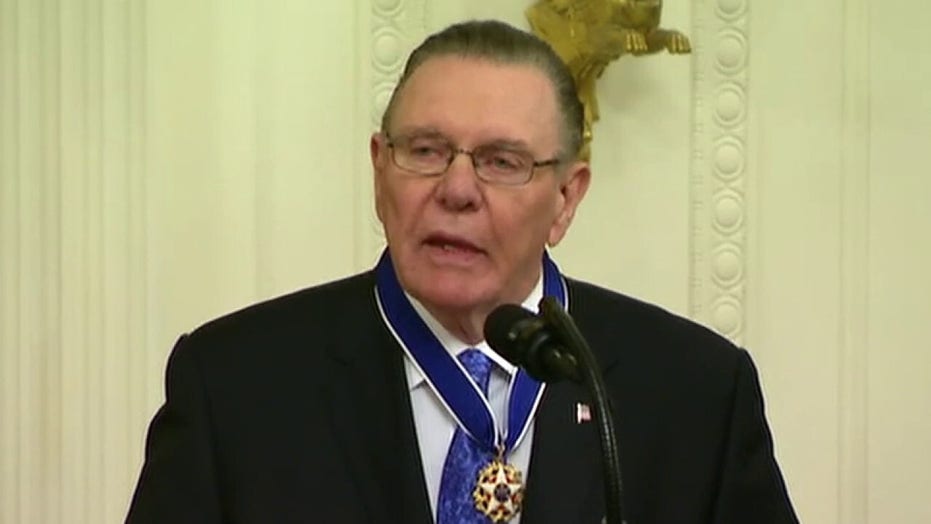 Gen. Jack Keane on being awarded the Presidential Medal of Freedom: I'm still pinching myself

"I've never had an experience like that ever," he said. "I've been at a lot of awards ceremonies -- mostly giving out awards ... This was really off the charts; walking in with the president of the United States [to] a room full of people standing up and applauding."

Hemmer recalled Keane's service in Vietnam and his presence at the Pentagon when it was attacked on Sept. 11, 2001, among other key events in his life. 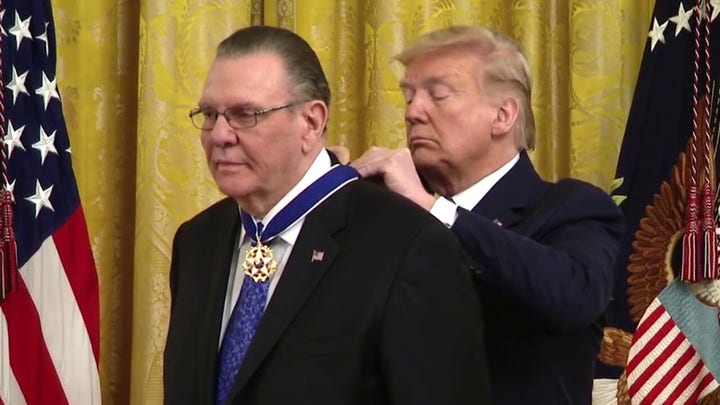 Keane acknowledged that Trump once asked him to be secretary of defense, but Keane turned down the offer due to the recent death of his wife.

Instead, Keane said his relationship with Trump became that of an informal adviser, and the two took a simulated "trip around the world" -- discussing issues in various countries and their own relationship with America.

"As we walked around the world, we had a connection and a relationship," Keane said. "So from time to time, I would provide him some counsel. We didn't always agree on things. He has an open mind. He welcomes contrarian views. He is a great listener. He hears you out."

During Tuesday's ceremony, Trump said that Keane "has given me a lot of good advice" and described him as "a visionary, a brilliant strategist and an American hero."

Keane also recalled receiving a phone call from Trump with the word that he would be awarded the nation's highest civilian honor.

"I said, 'Mr. President. I don't think I deserve this.' He laughed and said, 'You know, one of my guys told me you are going to say that today,'" Keane remarked.

"He said, 'General, you deserve it. We are going to get this done.'"

Born in New York City, Keane graduated from Fordham University and receive a master's degree from Western Kentucky University. He also attended the U.S. Army War College in Carlisle, Pa., and the Command and General Staff College at Fort Leavenworth in Kansas.

In a statement last week, the White House called Keane a "well-respected foreign policy and national security expert" who "devoted his life to keeping America safe and strong."

Keane retired from military service in 2003 but has since served as an informal adviser to presidents and other top U.S. officials. In addition to his role with Fox News, he is also the chairman of the board of the Institute for the Study of War.