Amb. Philippe Étienne shares the goals, from a French perspective, for the upcoming summit discussions on 'Special Report.'

French Ambassador to the U.S. Philippe Étienne joined "Special Report" Wednesday ahead of the NATO summit on Russia's war in Ukraine, telling host Bret Baier how NATO leaders would respond if Russian President Vladimir Putin used chemical or nuclear weapons in its invasion of Ukraine.

PHILIPPE ÉTIENNE: A stronger solidarity and unity, confirmation of the reassurance given to our Eastern neighbors in the alliance. France is redeploying aircraft carriers. We sent more troops to Estonia and to Romania. We mobilize all jet fighters, for instance, but also not only NATO summit, but also G-7 summit and EU summit, three summits, discussions during these summits with President Zelenskyy and the reaffirmation of our support to the Ukrainians and also of our resilience, for instance, less dependency on energy imports from Russia. 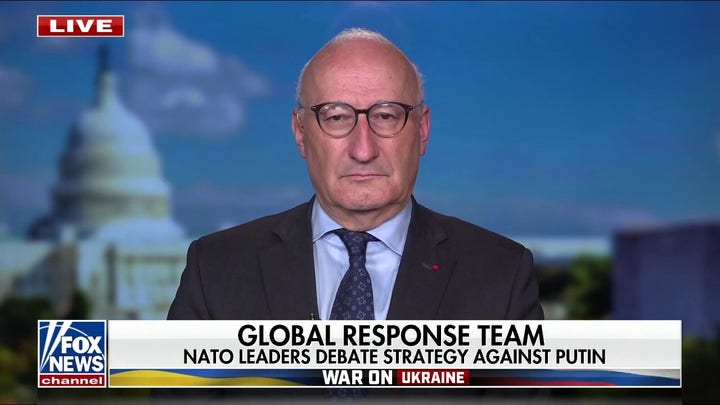