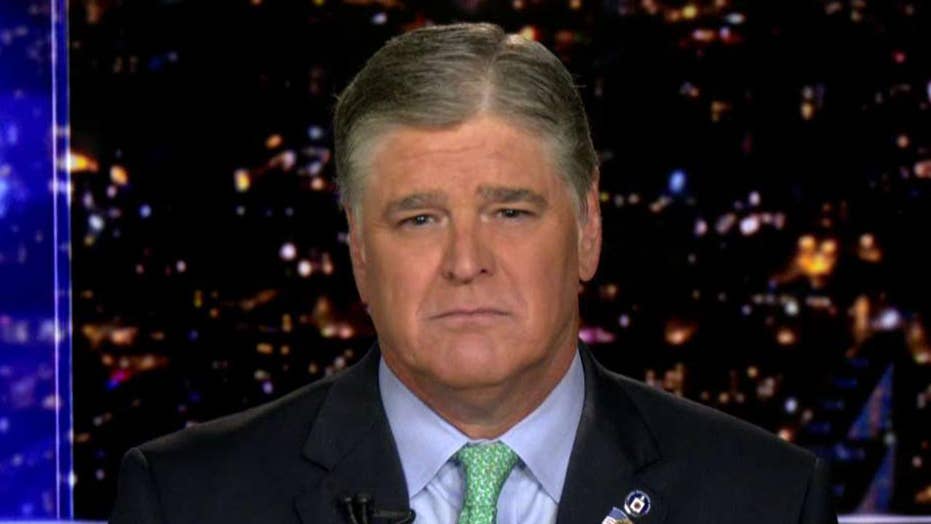 Hannity to Bill Maher: You're a mean-spirited jacka--

Fox News was the only network to average more than one million total day viewers, averaging 1.4 million while MSNBC finished second with an average of 870,000. Nickelodeon finished third, followed by CNN and HGTV.

Fox News also finished as No. 1 in all key ad performance metrics for 2019 to-date, including likeability and ad, brand and message recall, according to Phoenix TV Brand Effect.

“Hannity” was the most-watched program on cable news, averaging 3.3 million total viewers and “Tucker Carlson Tonight” finished second with an average of 3.1 million. “Hannity” and “Tucker” finished as the only two programs across all of cable news to surpass the three-million viewer plateau.

“The Ingraham Angle” averaged 2.6 million to finish third, followed by “The Five.” MSNBC’s “The Rachel Maddow Show” plunged to fifth place for the second straight month.

August was also a big month for Fox News anchor Harris Faulkner, as “Outnumbered” finished as the No. 9 show in all of cable news with an average of 1.5 million viewers and “Outnumbered Overtime” averaged 1.3 million to regularly beat ABC’s “Good Morning America” spinoff, “Strahan and Sarah.”

The most-watched show on CNN was “Cuomo Prime Time,” which finished No. 23 overall behind 14 Fox News shows and eight MSNBC programs.

“Cuomo Prime Time” averaged only 1.1 million viewers during the month, but namesake Chris Cuomo had no problems attracting an audience when he wasn’t hosting his show. A viral video of a confrontation Cuomo had at a New York bar with a man who called him “Fredo” racked up nearly 10 million views.

“Hannity,” Tucker Carlson Tonight,” The Ingraham Angle” and “The Five” also finished atop the key demographic of adults age 25-54, while “The Rachel Maddow Show” settled for fifth in that category.

“Fox & Friends” finished August as the most-watched cable news morning program for the 214th consecutive month, averaging 1.5 million viewers compared to one million for MSNBC’s “Morning Joe” and only 456,000 for CNN’s “New Day.”