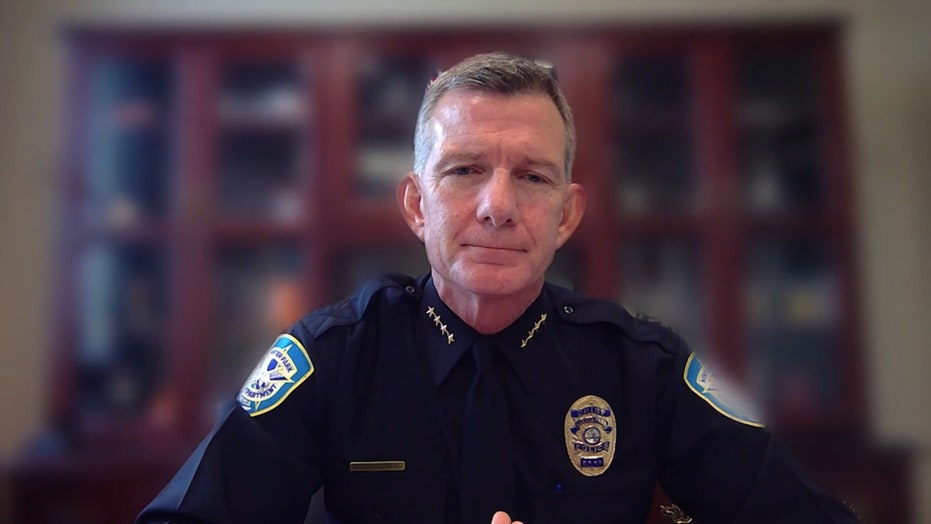 Winter Park Police Chief Michael Deal recounts the story of an elderly couple who was scammed out of $16K in hopes of warning his community about the threat of scammers and how to prevent them from taking advantage of loved ones.

Now more than ever senior citizens should be on guard for scammers looking to make quick money during the coronavirus pandemic, which is why Winter Park Police Chief Michael Deal decided to share a recent story about grandparents in his community who were scammed out of $16,000.

“It's important to get this information out now,” said Deal. “Hopefully, it keeps one person from falling prey to all these scams and this can be a teachable moment.”

Criminals called the senior couple in Winter Park, claiming to be their granddaughter and her lawyer on Sept. 3, according to Deal. The chief told Fox News that the criminals claimed the granddaughter had been in an accident and needed $16,000 in cash to bail her out of jail. The grandfather withdrew the money from the bank and the criminals sent a courier to their home to collect the cash.

The victims, whose names were not disclosed, realized they had been scammed hours later when they spoke with their granddaughter on the phone and learned that there had been no accident or arrest. Deal said the victims then waited until the end of the day to contact the Winter Park police because they were embarrassed.

“The scammers in this particular case actually had a courier show up, so we do have a vehicle description and the description of the courier that picked up the money,” said Deal. “It's going to be very difficult for us to solve this, but we are actively working on it, and then hopefully we will, but, the money's gone.”

Deal said that in order to prevent these types of scams, the key is to ask personal questions that only the person involved would know the answer to. He added that grandparents must resist the urge of not wanting to offend their grandchildren with these questions because it's that impulse that criminals take advantage of when it comes to senior citizens.

Deal noted that if someone says a family member has been arrested and needs bail money, ask for the police or sheriff’s department that made the arrest and then call the department to verify the claim.

“In many, many cases, if you start asking questions, the scammers are probably just going to hang up and go somewhere else, so ask questions, take a moment and pause,” urged Deal. “If it's a legitimate call and you have a family member that's in trouble or needs bail money, take a few minutes to verify. This is not going to change anything.”

For more on elder fraud and Chief Deal’s advice, watch the full video above.