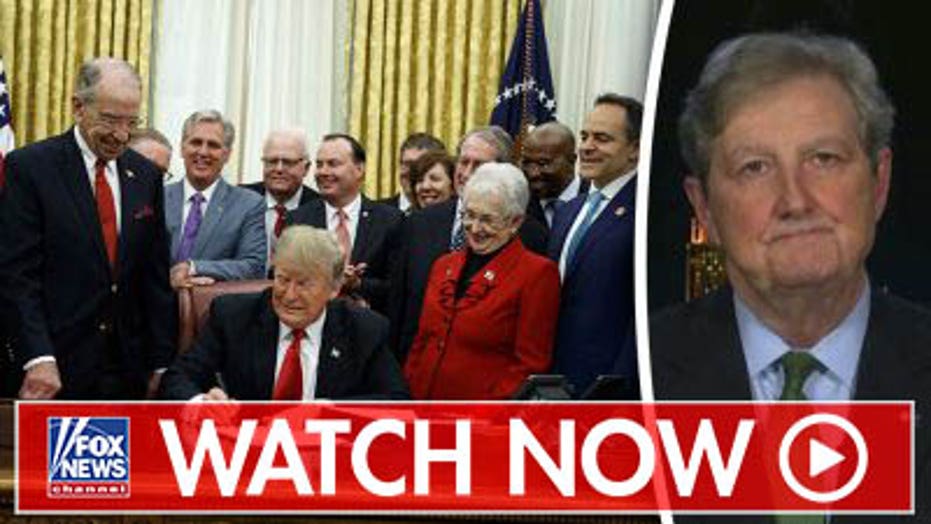 The passage of the First Step Act -- lauded by Kim Kardashian West and signed into law by President Trump -- was shortsighted, according to Sen. John Kennedy, R-La.

Despite the fact it passed with overwhelming Senate support, it proved the majority is not always right, Kennedy claimed Monday on "Tucker Carlson Tonight."

"Good intentions sometimes have nothing to do with actual consequences," Kennedy said. "I voted against this bill -- 12 of us did.

"Sometimes the majority just means all the fools are on the same side."

WHAT IS THE FIRST STEP ACT? 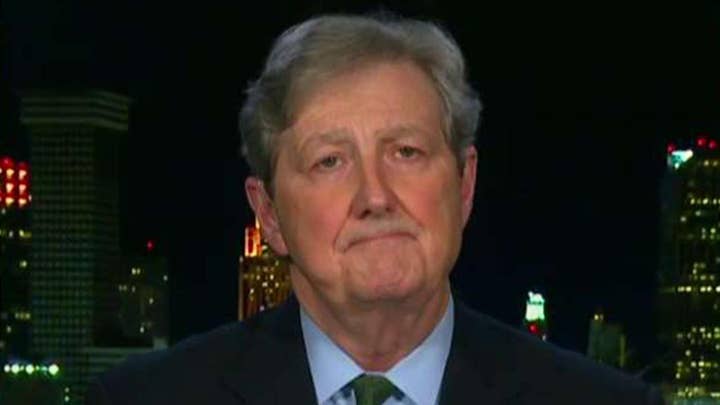 Signed into law in December, The First Step Act – or the Formerly Incarcerated Reenter Society Transformed Safely Transitioning Every Person Act – is, at its core, a directive for the Justice Department to establish a system to assess the risk of a person to re-offend as well as to create housing or other incentives for offenders to participate in recidivism reduction programs.

The bill culminates years of negotiations and gave the Trump administration a signature policy victory. It has been heralded by conservatives and liberals, celebrities and Jared Kushner, the president’s son-in-law, who worked the halls of Congress for months to forge a compromise.

In his interview with Tucker Carlson, Kennedy said he didn't think the law would as intended, only release nonviolent criminals.

"And, I didn't believe it because I read the bill."

Citing figures similar to what an administration official exclusively told Carlson's team, Kennedy said hundreds of those released were imprisoned for weapons charges and sexual crimes, while several dozen were in jail for homicide.

"Those are not low-level, nonviolent criminals," he said.

Kennedy claimed the law turns over much of the legislature's power to the permanent Washington bureaucracy.

"They can pretty much let loose whoever they want to," he said of the Bureau of Prisons.

"This bill was sold to America as only affecting low-level, nonviolent criminals, and that's just not accurate."