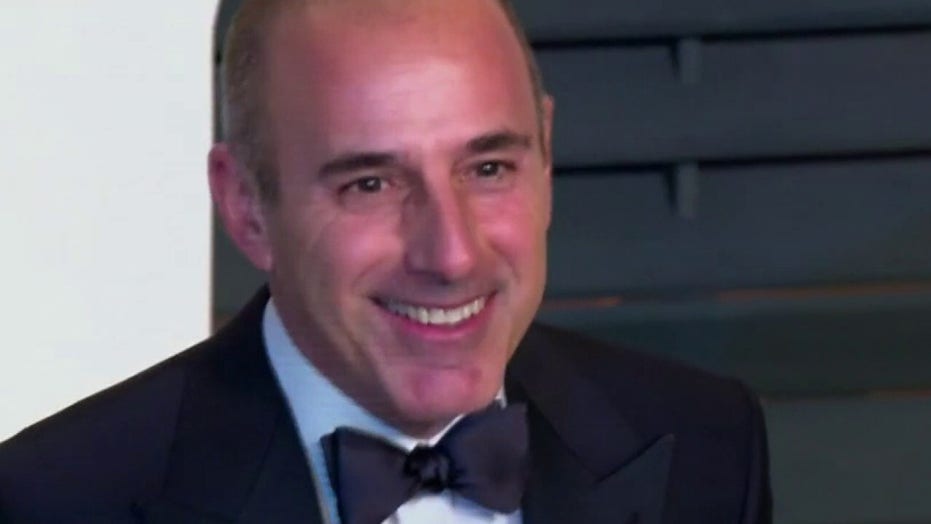 In the sudden debate that has erupted over Ronan Farrow’s reporting, a revealing moment may have been overlooked.

New York Times columnist Ben Smith, in his attempted takedown of Farrow, raised a danger that is emblematic of the Trump era--and has little to do with Matt Lauer or Harvey Weinstein.

Farrow’s work, says Smith, “reveals the weakness of a kind of resistance journalism that has thrived in the age of Donald Trump: That if reporters swim ably along with the tides of social media and produce damaging reporting about public figures most disliked by the loudest voices, the old rules of fairness and open-mindedness can seem more like impediments than essential journalistic imperatives.”

Resistance journalism: doesn’t that phrase apply to much of the negative barrage of coverage constantly dumped on this president? And -- while there has certainly been solid investigative work as well -- couldn’t that phrase sometimes be applied to the Times, along with the Washington Post and most of the networks?

Smith is on to something here. Most media critics are usually pounding the press for not being tough enough on a president they abhor, insisting his news conferences shouldn’t be televised or complaining that the press is “normalizing” him -- that is, covering him the way other presidents would be covered.

Meanwhile, the Smith column prompted Lauer to post a lengthy attack on Farrow’s book “Catch and Kill” on Mediaite, which verified the sources reached by the former “Today” host.

WHY THE CAMPAIGN IS FROZEN: TRUMP, BIDEN AND INDUSTRIAL-STRENGTH TEFLON

Lauer, who is, of course, trying to salvage his reputation, says Farrow is an activist trying to sell books, not an unbiased reporter, and asks “whether changing social attitudes can be allowed to change the most fundamental rules of journalism.”

Lauer was fired in 2017 after accusations by NBC staffer Brooke Nevils. She told Farrow that Lauer raped her, but acknowledged that they had a drunken sexual encounter at the Sochi Olympics in 2014, and that afterwards she freely visited Lauer’s apartment and office and had a four-month consensual affair.

In his piece, Lauer says he spoke to three separate sources who were not called by Farrow -- Nevils’ new boss at another NBC unit, her boyfriend at the time and another ex-boyfriend -- and all of them say what the Ronan book reported about their conversations with her never happened. Lauer quotes Sharon Scott, who then ran Peacock Productions, as saying that unnamed new boss told her that “Brooke never said a single word about this being anything but a consensual affair.”

He also makes the reasonable point that Farrow can’t be fully objective about NBC because the network canned him rather than run his Weinstein expose (a disgraceful decision, in my view).

Lauer, by the way, isn’t auditioning for choir boy status. There are numerous allegations of sexual harassment against him, and he admits in the same piece that he made “some terrible decisions” and “betrayed the trust of many people.”

Farrow responded on Twitter that “Matt Lauer is just wrong” and that his book was “thoroughly reported and fact-checked, including with Matt Lauer himself.” The onetime MSNBC host told Mediaite yesterday that “we called dozens of corroborators around the Lauer allegations described in the book, and more than a dozen around Brooke Nevils specifically.”

The Smith column says the son of Woody Allen and Mia Farrow “delivers narratives that are irresistibly cinematic — with unmistakable heroes and villains — and often omits the complicating facts and inconvenient details that may make them less dramatic.”

One example: Farrow’s 2018 story that the Treasury records of former presidential lawyer Michael Cohen went “missing,” prompting an unnamed civil servant to leak other Cohen financial records to the media. But it turns out the records were never missing and the anonymous IRS analyst later pleaded guilty to illegally leaking confidential information.

Every reporter makes missteps. No one can take away from Farrow his brave and dogged reporting on Weinstein, who unleashed private eyes on him, that ultimately led to the Hollywood mogul’s conviction.

But I’ve also criticized some of Farrow’s reporting. The former Hillary Clinton aide seemed to lower his standards during the Brett Kavanaugh hearings when he co-authored a piece on a shaky claim by Deborah Ramirez that Kavanaugh had thrust his penis at her at a Yale dorm party.

The Times reported after that New Yorker story that it had “interviewed several dozen people over the past week in an attempt to corroborate her story, and could find no one with firsthand knowledge. Ms. Ramirez herself contacted former Yale classmates asking if they recalled the incident and told some of them that she could not be certain Mr. Kavanaugh was the one who exposed himself.”

I reported in 2018 on a Farrow piece about former Playboy model Karen McDougal. His story said McDougal’s claims were “later memorialized in an eight-page, handwritten document provided to the New Yorker,” leaving the impression that she wrote the notes during what she described as a consensual relationship that began in 2006.

But a telltale marking on the notes showed that McDougal wrote these pages either during or after the 2016 campaign, which the magazine did not deny, while insisting to me that its wording was not misleading.

The bottom line is that Ronan Farrow deserves praise for reporting that helped kick off the #MeToo movement, and to his credit, he forced the resignation of New York’s Democratic attorney general Eric Schneiderman for sexually abusing women.

Yet Farrow is hardly above criticism, and some of his methods and judgments are open to question.

But is he just the most famous practitioner of “resistance journalism” that gets a pass from most of the media when the political target is a president reviled by the left?