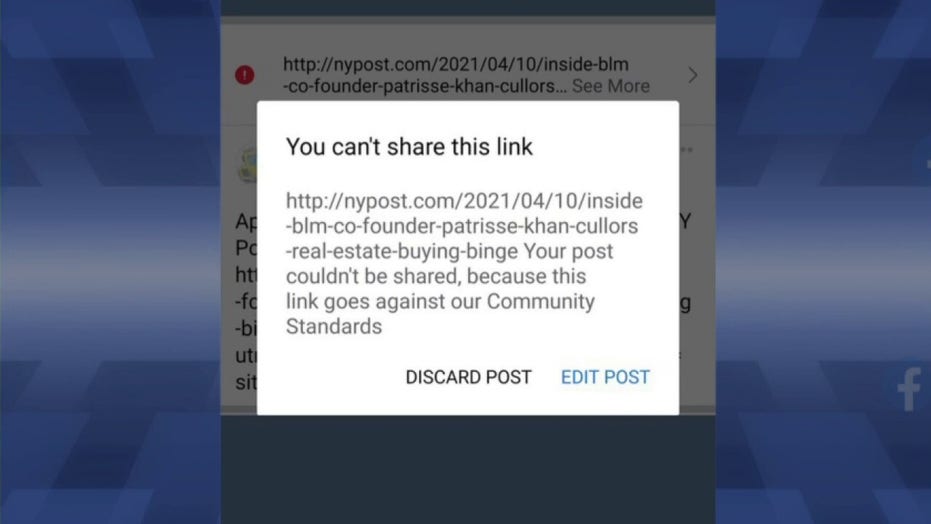 Users of the social media giant noticed on Thursday they could not share the link to a story that shed light on Cullors' multi-million-dollar splurge on homes. Fox News can confirm that an error message appears whenever users try sharing the article on their personal Facebook page or through the Messenger app.

When users attempt to send the link, an error message alleges that the article "goes against our Community Standards."

FACEBOOK EXEC RECORDED SAYING COMPANY 'TOO POWERFUL,' SHOULD BE BROKEN UP AND ZUCKERBERG REMOVED AS CEO

".@Facebook censoring the @nypost... where have I seen this before," Sen Josh Hawley, R-Missouri, tweeted, alluding to Big Tech's crackdown on the Post's reporting on Hunter Biden during last years election campaign.

"She’s with her people!" Whitlock wrote sarcastically alongisde a link to a story about Cullors' purchase from celebrity blog site Dirt.com. Despite the story not including an address and despite the fact that other outlets had reported on Cullors' new home, Whitlock was told Friday he had violated Twitter's rules against publishing private information."

Twitter later reversed the decision, claiming it was made in error. 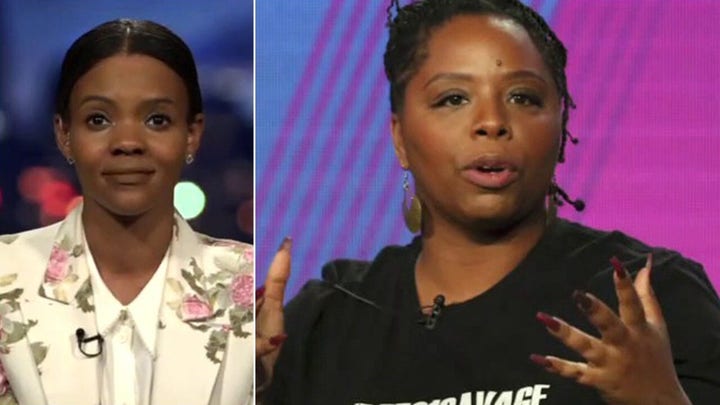 Twitter similarly banned its users from sharing the Post's reporting and even locked the paper's account. CEO Jack Dorsey has since expressed regret over the incident.

The Post's report on Cullors goes into detail about the four homes she recently purchased for a total of $3.2 million.

According to the Post, the self-described Marxist "also eyed property in the Bahamas at an ultra-exclusive resort where Justin Timberlake and Tiger Woods both have homes". According to the paper, "luxury apartments and townhouses at the beachfront Albany resort outside Nassau are priced between $5 million and $20 million."

BLM put out a fiery statement defending Cullors this week, suggesting that reporting about her properties "continues a tradition of terror by [W]hite supremacists against Black activists."