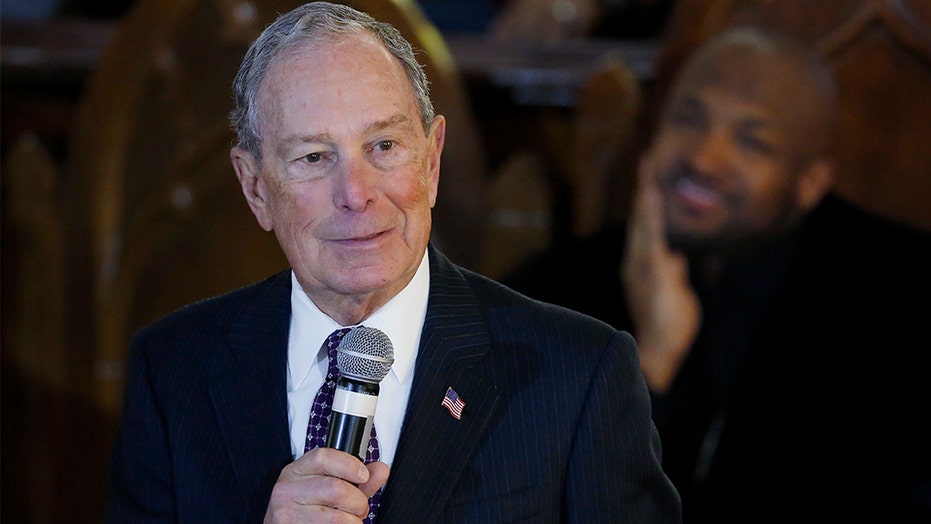 Eric Trump, in an interview with the "Fox News Rundown Extra" podcast, blasted Democratic presidential candidate Michael Bloomberg, saying the former New York City mayor doesn't have the charisma or "personality" that his father President Trump has or that of former presidents Barack Obama and Bill Clinton.

"[The thing] that you can't buy is personality and enthusiasm and love," Trump said. "We know Bloomberg well enough, and he certainly doesn't have that."

Trump also addressed Bloomberg's money, saying it won't guarantee him an election victory and that supporters of Democratic front-runner Bernie Sanders would not vote for him.

"And if you could buy elections, Hillary Clinton would have won," Trump said. "We spent 300 million dollars on the election in 2016. She spent 2.1 billion. And it's not like we beat her a little bit. You know, my father beat her by, by a lot," Trump said. "I don't think Mike Bloomberg can get the Bernie voters because they detest everything that he stands for, which is... a wealthy capitalist, et cetera... He's certainly not going to get anybody on the right."

Trump criticized Bloomberg's stance on guns and his comments on "stop and frisk," calling them "disgusting." He also said that the billionaire would need to answer for his relationship with China.

"I mean, he pretty much sold his soul to [China]. You know, Bloomberg News and other outlets could be in China," Trump said. "You know, I think he'll really have to answer for that."

The president's son also mentioned Bloomberg's soft drinks agenda that limited their size that he instituted while mayor, saying those top of policies wouldn't fly in other parts of the country.

"I don't think that works in Michigan and Pennsylvania and all these other places. I mean, I think people want to be left alone. I think people want to be able to drink a soda," Trump said, "that's the size that they choose. I don't think they want to deal with soda taxes and nonsense. I mean, this is a serious stuff. And then we've got, this world's got real problems."