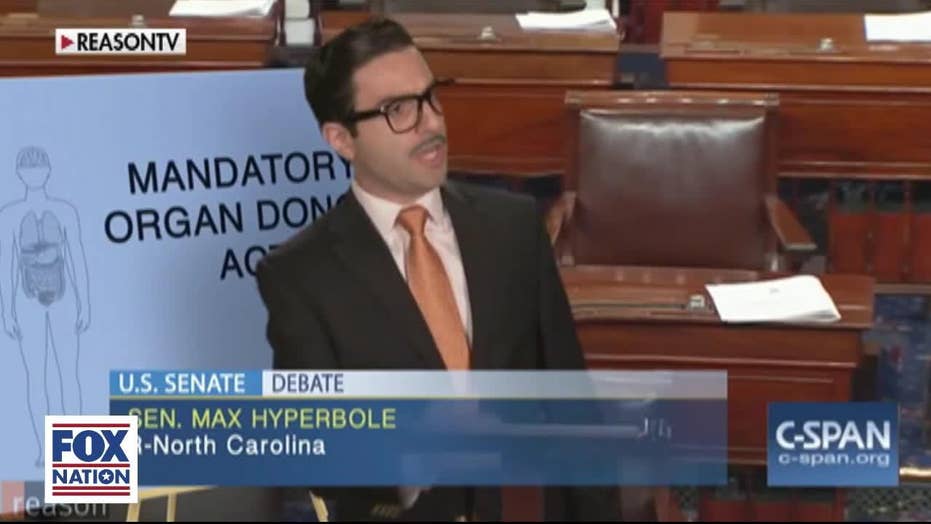 Fox News co-host Greg Gutfeld sat down with the comedian behind a viral video mocking Sen. Elizabeth Warren, D-Mass., to discuss the state of comedy in an increasingly politically correct culture.

Remy Munasifi's 2017 parody video took aim at a speech delivered by Warren on the floor of the U.S. Senate, during which she blasted Senate Republicans' health care reform plans.

"These cuts are blood money. People will die," said Warren. "Let's be very clear: Senate Republicans are paying for tax cuts for the wealthy with American lives."

Munasifi played two characters in his spoof video, Sen. Max Hyperbole and Sen. Guy Knowsbetter, who accuse anyone opposing their idea of wanting, "people to die."

"Traffic deaths have many crying with fear," raps Sen. Knowsbetter in the video, "Over 30,000 people are dying each year.  This modest change I proposed must be applied -- unless of course you just want people to die." 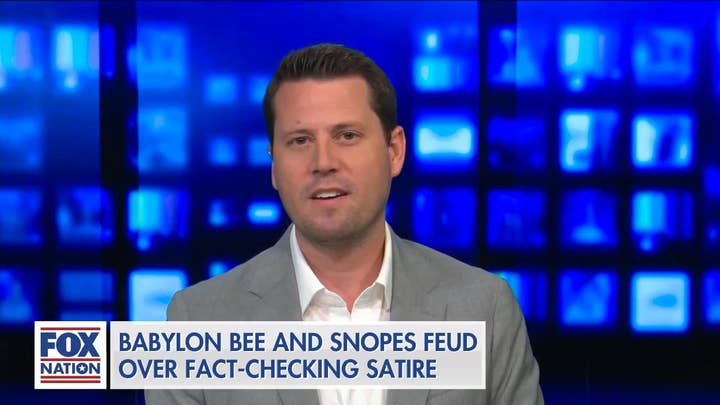 In less than 24 hours, the video had more than 40,000 views.  As of the writing on this article, the video generated more than 1.1 million views.

"What's your assessment of the state of comedy these days and the kind of cancel culture?" asked Gutfeld on his Fox Nation show "One Smart Person and Greg Gutfeld."

"You see Dave Chapelle and Bill Burr doing Netflix specials where they are basically flipping off the culture," Gutfeld said, "which is so refreshing, but then you have this other side -- the Patton Oswalts of the world -- who are the comedy police. Who are saying that you can be funny but... you have to be funny within this progressive criteria."

"I think it's mainly because people haven't taken aim at everyone yet," said Munasifi.  "I think a lot of the people who... have those types of opinions... that are more in line with censoring and deciding what you can and can't joke about... haven't had backlash aimed at them."

He continued, "I have seen reviews for [Dave Chappelle's Netflix special].  I know that they are largely negative, and the audience reviews are overwhelmingly positive, so there is definitely a disconnect between the few people in the media... and those critiquing and labeling these things...  where people are actually laughing at it."

Munasifi also told Gutfeld about his family background.  He said his father escaped from Iraq in the 70s and met his mother, who emigrated from Lebanon, in the United States.

To watch all of "One Smart Person and Greg Gutfeld" go to Fox Nation and sign up today.