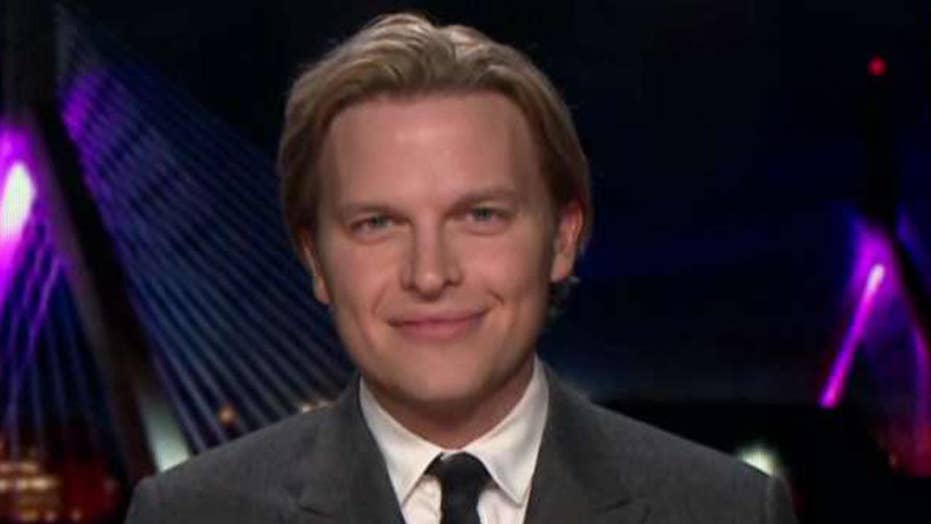 An upcoming memoir by Woody Allen is being blasted by two of his children, daughter Dylan Farrow and author-journalist Ronan Farrow.

Dylan Farrow, who alleged Allen molested her as a child in the early 1990s, calls the upcoming release “deeply upsetting.” Allen has denied any wrongdoing, and he was never charged after two separate investigations.

Grand Central Publishing, a division of Hachette Book Group, announced Monday that the book is called “Apropos of Nothing” and will be released April 7.

Allen's agreement with Hachette means that he shares a publisher with one of his biggest detractors, his son Ronan Farrow, whose “Catch and Kill” was released last year by the Hachette division Little, Brown and Company.

"Apropos of Nothing," an autobiography by Woody Allen, will be released on April 7. (Grand Central Publishing via AP, left, and AP Photo)

“Hachette’s publishing of Woody Allen’s memoir is deeply upsetting to me personally and an utter betrayal of my brother whose brave reporting, capitalized on by Hachette, gave voice to numerous survivors of sexual assault by powerful men," Dylan Farrow said in a statement late Monday.

Dylan Farrow added that she was never contacted by fact-checkers for the memoir: “This provides yet another example of the profound privilege that power, money and notoriety affords. Hachette's complicity in this should be called out for what it is and they should have to answer for it.”

Her brother, Ronan, blasted his publisher in a statement posted on Twitter Tuesday night for its decision to publish Allen's memoir and not fact check it with his sister. He also said he had no notice that Allen's book was forthcoming.

“It's wildly unprofessional in multiple obvious directions for Hachette to behave this way,” said Farrow, who won a Pulitzer Prize along with reporters for The New York Times for his reporting for The New Yorker on Harvey Weinstein's sexual abuse of women.

“But it also shows a lack of ethics and compassion for victims of sexual abuse, regardless of any personal connection or breach of trust here,” he said.

An email message seeking comment from the Hachette labels Grand Central Publishing and Little, Brown and Company were not immediately returned.