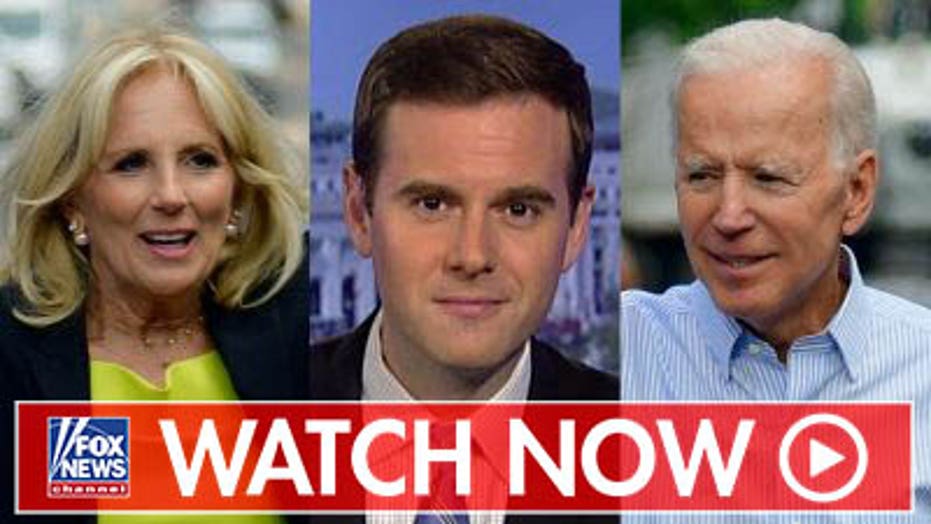 Dr. Jill Biden made a decent case for her husband's candidacy when she said polls show "he can win" — but her argument falls apart if he drops to second place, according to Guy Benson.

"[It was] a very candid appeal, I would say, from Dr. Biden, saying, 'You might have to swallow hard and vote for my husband but look at the polls: he can win,'" he said.

"That is the calculation, and it might be clumsy — it might be a little ham-handed to say it quite that openly," Benson said.

JILL BIDEN TO VOTERS: YOU MAY HAVE TO 'SWALLOW A LITTLE BIT' WITH MY HUSBAND SO WE CAN BEAT TRUMP

Recently, 68-year-old said her husband is the best candidate to take on President Trump because he has a better shot against the New York Republican than the other Democrats.

"Your candidate might be better on, I don't know — health care, than Joe is, but you've got to look at who is going to win this election... Your bottom line has to be that we have to beat Trump," the former second lady said.

On "The All-Star Panel," Benson said Dr. Biden's claims appear to pan out, at least in the short term.

"Fifty-four percent of Democratic voters say their No. 1 priority is beating Donald Trump, even if they have to give up on a few issues," he said.

"That's exactly the case that she's appealing to voters. The trouble would be if he then slips in the polls and someone else comes ahead of him. Then, the whole raison d'etre for the campaign completely falls out from under him," Benson argued.