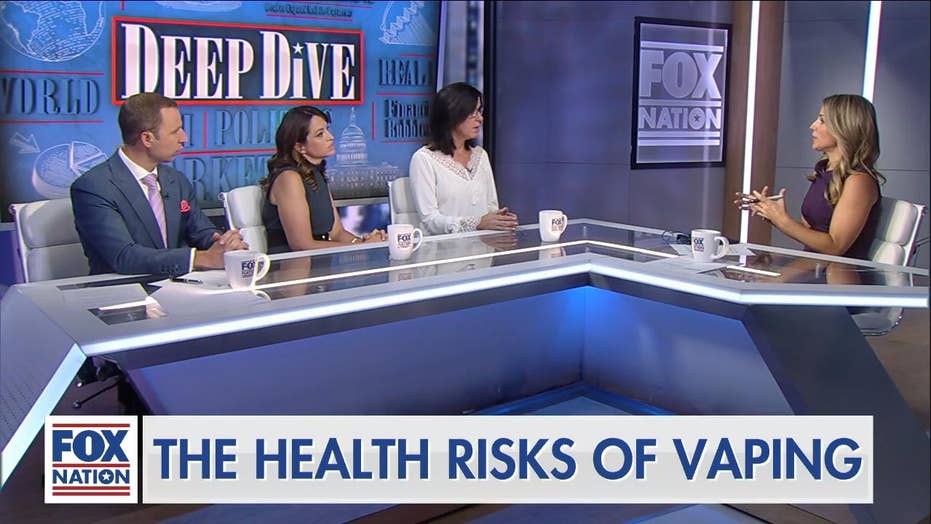 'None of this is going to end well': Doctors' panel on dangers of vaping, as NYC sounds alarm over 'black market'

The New York State Department of Health sounded the alarm over the "use of black market vaping products" as they announced the findings of an investigation into lung-related illnesses across the states.

On Fox Nation's "Deep Dive", Fox News contributor and Memorial Sloan Kettering Cancer Center Director Dr. Nicole Saphier led a panel of doctors and a legal expert on what's behind the health scare and who may be held accountable.

CDC WARNS AGAINST VAPING AFTER MYSTERIOUS SPIKE IN LUNG ILLNESSES

The Centers for Disease Control has classified the sudden national rise in e-cigarette-related cases as an "outbreak", and as of August 27, the CDC reported that there are 215 possible cases of severe pulmonary disease related to e-cigs across 25 states.

“They haven’t exactly narrowed down what is causing the injury.  They don’t know if it is an ingredient in it, if it is a contaminate because a lot of these are being acquired on the street, so it’s not really being regulated -- or is it the metal itself," said Dr Saphier.

Physicians do appear to know is what is going on inside some of these patients.

“It’s all so new, but we seem to have found that it is causing a chemical pneumonia.  It’s a chemical irritant of the lungs.  So, oils should not be vaped, nothing should be vaporized into the lungs unless you’re on oxygen," said "Deep Dive" panelist Dr. Dyan Hes, Medical Director of Gramercy Pedistrics in New York City. 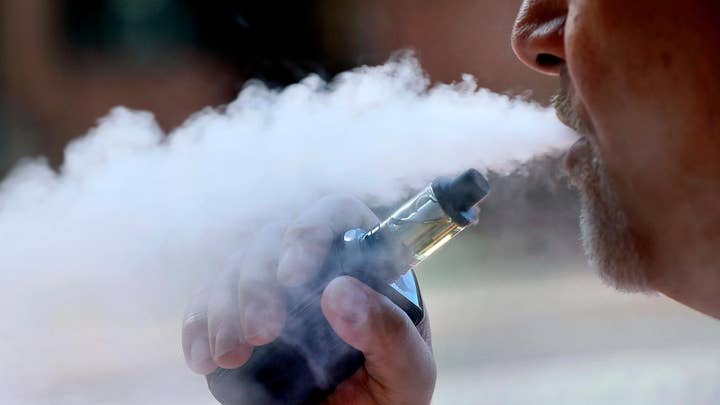 Dr. Hes warned, “You also have to remember that it is getting heated...metal is getting heated, metal ions are being released, plastics are being melted.  None of this is going to end well...We’re seeing people developing respiratory distress, people have died, people are intubated.”

New York State launched its probe as the health department received at least 34 reports of severe pulmonary illness among patients ranging from 15 to 46 years of age, who were, "using at least one cannabis-containing vape product before they became ill."

Dr. Saphier said that medical investigators are finding similarities between cases. "They have seemed to narrow it down – saying that in of all those that have caused injury a large majority of patients have asthma or other respiratory-related illness…and it looks like they are using the THC containing products," she said.

Criminal trial attorney and former prosecutor, David Bruno weighed in on the potential legal implications for makers of vaping products.  “They cannot market to youth…The FDA is involved…We know that because there was a surprise inspection at Juul’s headquarters last year, where they took thousands of pages of marketing material to see what their plan has been," he said.

Bruno pointed out that Juul has denied a marketing strategy aimed at children and teens and that the company has reduced their social media presence in an apparent effort to reduce youth awareness of their product.