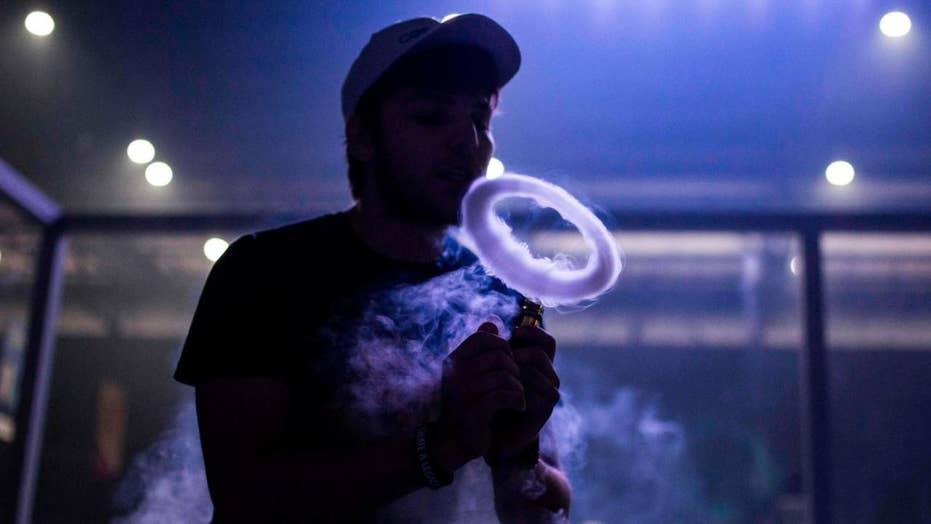 CDC warns against vaping after mysterious spike in lung illnesses

A mysterious spike in lung illnesses causing the CDC to warn against e-cigarettes and vaping products.

Public health officials are warning against using e-cigarettes and other vaping products after a surge in mysterious respiratory illnesses that have been linked back to vaping.

The Centers for Disease Control and Prevention (CDC) issued an advisory that "includes the recommendation that while this investigation is ongoing, if you are concerned about these specific health risks, consider refraining from the use of e-cigarette products" following the spike in illnesses.

The advisory, which was issued this past Friday, notes that as of Aug. 27, there were 215 possible cases from 25 states of lung disease which may be tied to vaping.

"In many cases, patients reported a gradual start of symptoms, including breathing difficulty, shortness of breath, and/or chest pain before hospitalization," the CDC added. "Some cases reported mild to moderate gastrointestinal illness including vomiting and diarrhea, or other symptoms such as fevers or fatigue. In many cases, patients have also acknowledged recent use of tetrahydrocannabinol (THC)-containing e-cigarette products while speaking to healthcare personnel or in follow-up interviews by health department staff."

"States are completing their own investigations and verifications of cases based on CDC’s recently released standardized case definition," the CDC continued.

Aside from the ongoing investigation, the CDC warned that e-cigarette products "should not be used by youth, young adults, pregnant women, as well as adults who do not currently use tobacco products."

Vaping has become a nationwide issue in recent years and the fallout is continuing. Last month, a Utah teen who had spent years performing vaping tricks and testing out new products urged others to put the pens down after she landed in the hospital in a coma with a rare lung disorder.

“I had fat particles growing inside my lungs that were related to the glycerin in vape juice,” Maddie Nelson, 18, told Fox 13 Now. “So then my lungs were full of fluid. They said that my chest X-rays were one of the worst they’ve ever seen.”

Nelson was admitted to a local hospital in Payson in late July after several months of mild symptoms turned into a fever and vomiting. She was eventually transferred to Timpanagos Regional Hospital where she was admitted to the intensive care unit and placed in a medically induced coma for three days, according to Fox 13 Now.