CEO and founder of the Center for American Liberty, Harmeet Dhillon, weighs in on Trump commuting Roger Stone’s prison sentence on ‘Fox and Friends.’

Attorney Harmeet Dhillon said on Monday that President Trump did not pardon Roger Stone, there was a commutation of the sentence, and similar moves by former President Barack Obama were not met with the same reaction.

“The same people clutching their pearls and shrieking about Stone’s commutation, I didn’t hear them complaining when Oscar Rivera was pardoned by President Obama. He was even too much of a terrorist for Clinton to pardon,” Dhillon, of the Center for American Liberty, told “Fox & Friends.”

Lopez was considered a top leader of the Armed Forces of National Liberation, or FALN, an ultranationalist Puerto Rican group that claimed responsibility for more than 100 bombings at government buildings, department stores, banks and restaurants in New York, Chicago, Washington and Puerto Rico during the 1970s and early 1980s. Obama commuted his sentence in January 2017.

Dhillon said Trump’s move was based on the “Mueller witch hunt.” On the other hand, Dhillon said that Bill Clinton pardoned one of his major campaign donors, Marc Rich, who was a fugitive from justice.

“And that was an out-of-the-norm pardon,” Dhillon said.

“Look, the answer to pardons or commutations that you don’t like is our political process. There is no issue. It’s built in the Constitution,” Dhillon said. 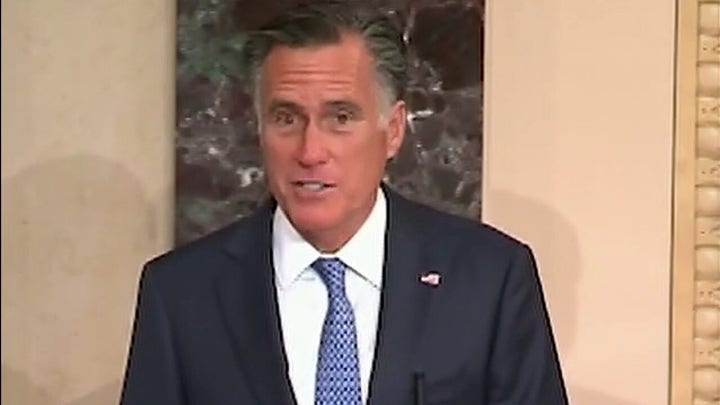 Trump’s move to commute Stone’s sentence came Friday, just days before Stone was to begin serving a 40-month prison sentence for lying to Congress, witness tampering and obstructing the House investigation into whether Trump's campaign colluded with Russia to win the 2016 election.

The action, which Trump had foreshadowed in recent days, underscores the president’s lingering rage over Special Counsel Robert Mueller’s investigation and is part of a continuing effort by the president and his administration to criticize the probe that has shadowed the White House from the outset.

In a lengthy statement released late Friday, White House Press Secretary Kayleigh McEnany said the president had made the decision to commute Stone's sentence "in light of the egregious facts and circumstances surrounding his unfair prosecution, arrest, and trial."

Dhillon said that the “compassionate nature” of Stone’s commutation should be considered regardless.

“The fact is that the president has been very, very sparing in his four years in using this important power at all,” Dhillon said.