Democrats warn against a pardon of Roger Stone

The White House announced Friday that President Trump signed an Executive Grant of Clemency commuting the "unjust sentence" of Roger Stone, just days before the longtime political operative was slated to report to prison to serve more than three years for charges stemming from former Special Counsel Robert Mueller’s investigation.

In a lengthy statement released late Friday, White House press secretary Kayleigh McEnany said the president had made the decision to commute Stone's sentence "in light of the egregious facts and circumstances surrounding his unfair prosecution, arrest, and trial."

McEnany added that Mueller’s office “resorted to process-based charges leveled at high-profile people in an attempt to manufacture the false impression of criminality lurking below the surface.”

“These charges were the product of recklessness borne of frustration and malice,” she said.

McEnany touted Stone’s career in politics, noting that he worked for nearly 50 years as a consultant for high-profile Republican politicians, including former President Ronald Reagan, Sen. Bob Dole and others, while noting that Stone is also known for "his outspoken support for President Donald J. Trump and opposition to Hillary Clinton."

McEnany went on to blast Mueller’s prosecutors for the fashion in which they arrested Stone, noting he is a “67 year old man with numerous medical conditions, who had never been convicted of another crime, and that they used “dozens of FBI agents with automatic weapons and tactical equipment, armored vehicles, and an amphibious unit to execute a pre-dawn raid of his home, where he was with his wife of many years.”

McEnany went on to add that Stone would “be put at serious medical risk in prison.”

Stone was set to report to prison on July 14 to serve 40 months. He was sentenced in February to more than three years in prison after being convicted in November 2019 on seven counts of obstruction, witness tampering and making false statements to Congress. Stone, however, has appealed his conviction and continues to deny any wrongdoing.

"He has appealed his conviction and is seeking a new trial. He maintains his innocence and has stated that he expects to be fully exonerated by the justice system," McEnany said. "Mr. Stone, like every American, deserves a fair trial and every opportunity to vindicate himself before the courts.”

She added:  “The President does not wish to interfere with his efforts to do so. At this time, however, and particularly in light of the egregious facts and circumstances surrounding his unfair prosecution, arrest, and trial, the President has determined to commute his sentence."

“Roger Stone has already suffered greatly,” she added. "He was treated very unfairly, as were many others in this case. Roger Stone is now a free man!”

In a statement to Fox News, Stone's attorney Grant Smith said: "Mr. Stone is incredibly honored that President Trump used his awesome and unique power under the Constitution of the United States for this act of mercy."

Smith added: "Mr. and Mrs. Stone appreciate all the consideration the President gave to this matter."

Earlier Friday, an appeals court denied Stone's request to delay reporting for his sentence, saying he must report for prison on Tuesday.

"In sum, Stone is not legally eligible for further postponement of his reporting date under 18 U.S.C. § 3145(c), which is the only basis on which he seeks relief from this court. We therefore deny his motion," the court wrote in its order.

The president's commutation, though, nullifies that order.

Trump, for weeks, has signaled he could be open to granting Stone clemency — tweeting last month that Stone was “a victim of a corrupt and illegal Witch Hunt, one which will go down as the greatest political crime in history. He can sleep well at night!”

When asked whether he’d prefer a pardon or a commutation of his sentence, Stone said “either one obviously would have an effect, in my opinion, of saving my life.” 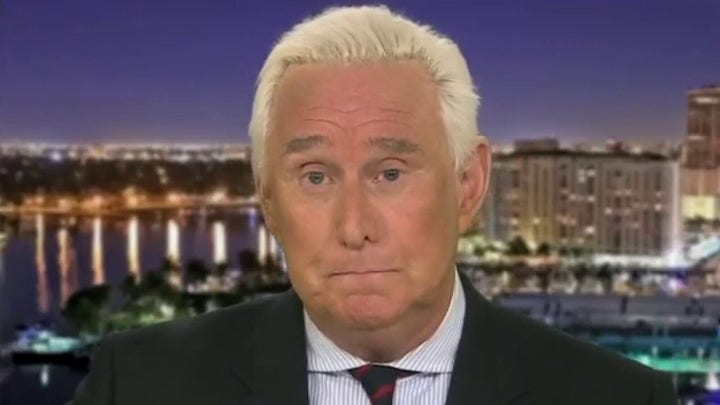 As of Thursday evening, Stone said he had not received any formal communication from the White House on a potential pardon or commutation of his sentence.

"I think I’ll be the last person to know,” Stone told Fox News. “He hates leaks, and he hates to be told what to do. I have instructed my lawyers not to contact the lawyers at the White House.

He added: "I certainly think it could happen. I’m not going to second-guess the president.”

Meanwhile, earlier this week, Facebook announced it had removed a network of accounts on the platform and on Instagram allegedly linked to Stone. The company said the accounts were allegedly involved in “coordinated inauthentic behavior in the United States.” The networks, according to Facebook, were focused on domestic audiences.

Stone, however, denied being linked to the accounts, calling Facebook's accusations “defamatory,” and said he did not think it was “coincidental” that they made the announcement this week.