Veteran journalist Bob Woodward maintained Thursday that he didn’t do anything wrong by sitting on remarks President Trump made about the coronavirus in the early months of the outbreak because, at the time, the author thought Trump was referring to COVID-19's impact on China.

In an interview on "The Daily Briefing" on Thursday, Woodward told host Dana Perino that Trump "failed as a leader to warn the American people about the dangers" of the coronavirus, referencing a February interview where he described the novel virus as “deadly stuff,” while intentionally downplaying it in public as nothing more than the seasonal flu.

Critics condemned Trump when audio of the recording was released last month, but Perino pressed the veteran journalist on his decision to sit on the comments for months if he believed lives could have been saved as a result of going public.

"Do you feel any responsibility to have said that beforehand. before, waiting until the week after Labor Day to print that if you felt that strongly?" she asked.

" All the discussion was about China, and in May, I learned the truth," Woodward said. "Quite frankly, when I learned it, I was shocked that the president did not step up in the opportunities he had."

Woodward published the comments in his new book "Rage," which features a slew of headline-grabbing details from interviews with several White House officials, notably including 19 with Trump himself.

At the end of the book, Woodward deems Trump unfit for office, a conclusion he told Perino was based on "overwhelming evidence" from his extensive conservations with the president during his first term.

"He is the wrong man for the job," Woodward said. " I have not reported in-depth on Joe Biden. I am not endorsing anyone. I am just saying if anyone reads the book..."

When Perino questioned Woodward's journalistic authority to make such a determination, Woodward insisted that it was not politically motivated, but that it was based on Trump's failure "to tell the truth" about the pandemic. 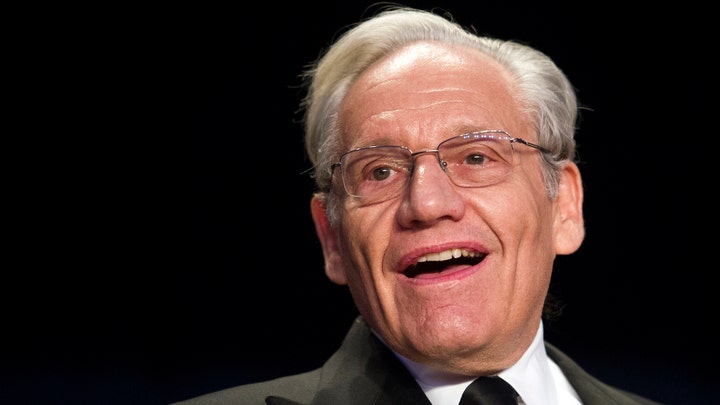 "I learned journalism from [Watergate journalist] Ben Bradlee and he always said 'be tough on everyone…we’re not in the political game' and the Bradlee rule always was play it straight, play it aggressively," he told Perino.

Perino interjected: "What would Ben Bradlee have thought about your conclusion in this book that weighed in as to whether or not you think President Trump should be president?

"Dana if you’d been able to read the book, the evidence is overwhelming," Woodward fired back. " It's one of the saddest moments in this country to have a leader who has failed to tell the truth, who has failed to warn the people.

"The president has that megaphone," he added, "and people look to him as the one who is going to say, 'here's the reality.' If you distort the reality, you have failed in your job and you are the wrong man for that job."