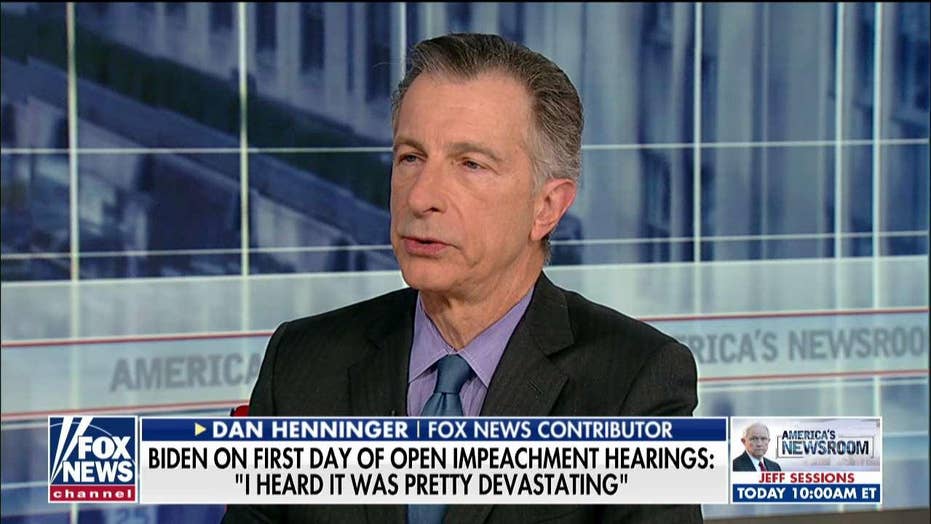 Dan Henninger: Nancy Pelosi had it right from the start on avoiding impeachment

“Nancy Pelosi had it right the first time in the summer when she did not want to go down the impeachment path,” Henninger told “America’s Newsroom."

All eyes were on moderate House Democrats in swing districts Wednesday night, after the first day of public hearings in the impeachment inquiry against Trump wrapped up with no major revelations — but highlighted weaknesses in Democrats' key witnesses, who relied primarily on secondhand information and never once interacted with the president.

As the public hearing wrapped up, the panel voted 13-9, along party lines, to table a Republican motion to subpoena the whistleblower — signaling that not many minds had been swayed.

“The left insisted on raising this to the gravity of a constitutional crisis and impeachment," Henninger said. "The impeachment hearings suggest that it’s not going much of anywhere, so now we had three years of the Democrats chasing Donald Trump. Basically, three wasted years."