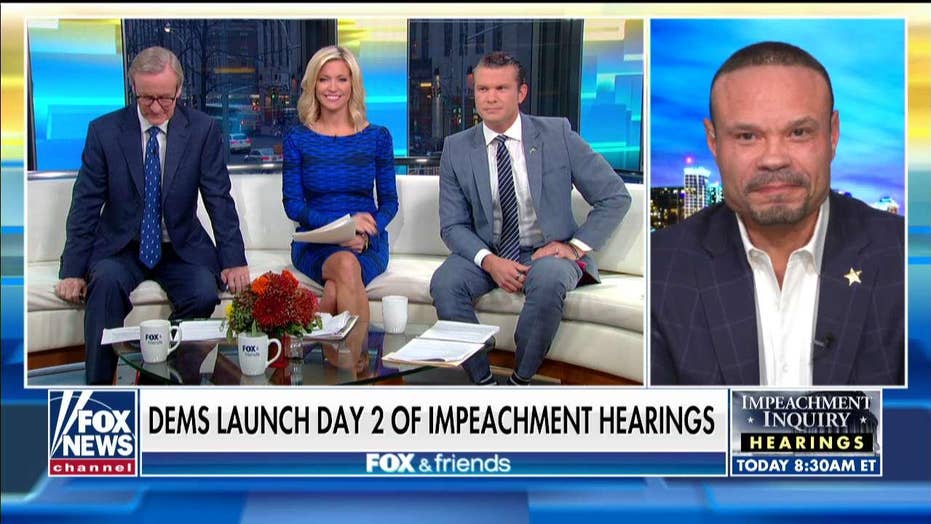 Appearing before the hearings on "Fox & Friends" with hosts Steve Doocy, Ainsley Earhardt, and Pete Hegseth, Bongino said that the "scuttlebutt up on Capitol Hill is the Democrats are horrified by how awful this is going."

"I don't think this could get any worse for the Democrats," he said. "And, any Democrat telling you otherwise is lying."

Bongino told the "Friends" couch that it's only going to get worse for Democrats.

On Friday morning, Marie Yovanovitch, the former U.S. ambassador to Ukraine who was recalled this past May, took the stand again for Day Two of the public impeachment hearings against President Trump.

Republicans hammer edher with an aggressive cross-examination related to her previous statements under oath, as well as her reported role in shielding a George Soros-linked nonprofit allegedly connected to documented Ukrainian election interference efforts.

“The former ambassador from the United States, the woman, was bad news,” was how Trump described Yovanovitch to Ukrainian President Volodymyr Zelensky in a July 25 phone call. 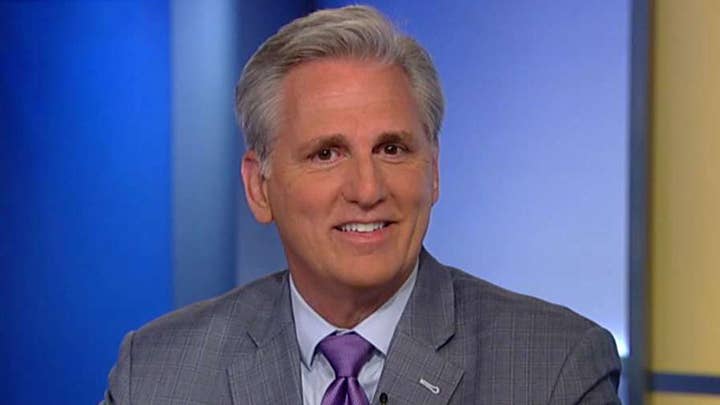 “She’s going to go through some things,” the president added ominously.

"It's going to be worse today for Marie Yovanovitch who was credibly accused of badmouthing the president overseas while pretending to represent the United States in Ukraine," he predicted. "And, also was more than credibly accused of being involved in a 'do not prosecute scheme' to not prosecute certain left-leaning people in Ukraine that may have embarrassed the prior administration."

A claim, he noted, the leftwing media was eager to have "go away" and called it a "conspiracy theory."

Bongino says that the days of apologizing to the press for just being Republican are over and that, like Kent and Bill Taylor, he predicts Yovanovitch will "turn into a witness for the Republicans in this fake hoax impeachment."

"In this case, [Democrats] found out who did it and then they invented a crime," he said. "I think there's a strong possibility -- if this goes to the Senate and it may wrap up sooner than that if it gets worse  -- then you'll have not only two or three but maybe four or five Democrat senators realizing what a disaster this is."

"You think they would've learned from the Clinton impeachment," Bongino commented.