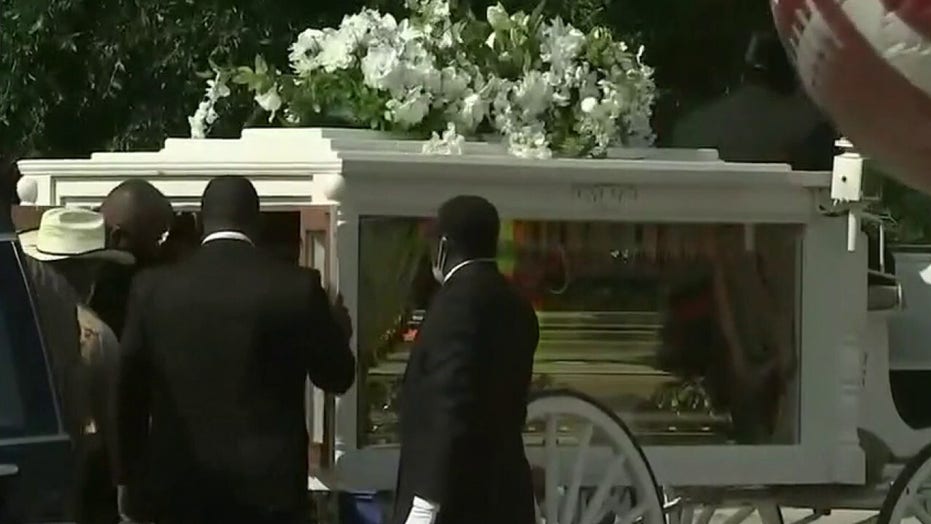 Mourners pay respects to George Floyd in Houston; reaction and analysis on 'The Five.'

Fox Business host Dagen McDowell predicted Tuesday the United States will be "a different nation tomorrow" as communities upended by riots and chaos can begin to heal following the funeral of George Floyd.

"When you lose a family member in such a violent way, it's unlike any loss," a visibly emotional McDowell said Tuesday on "The Five." "But funerals are about healing."

"It's not just to remember the life of the person who passed. It's about showing up and starting the healing process, particularly for the family ... but this is not just about beginning the journey of healing for George Floyd's family," she went on. "It's also about healing for the nation and really around the world."

Earlier Tuesday, hundreds of mourners said their last goodbyes to Floyd -- whose May 25 death sparked national outrage after video emerged of a Minneapolis police officer kneeling on his neck for more than eight minutes -- at a packed Houston church.

"We are a different nation tomorrow, and next week, and next month, and we will do what's right in George Floyd's name."

The funeral marked the climax of six days of mourning and memorial services that began Thursday in Minneapolis and continued in North Carolina.

"I am sure millions of people watched this funeral today and it's about remembering [that] there's a higher power guiding us and saving us," McDowell said, "and hopefully remembering this day and watching that funeral ... we are a different nation tomorrow and next week and next month, and we will do what's right in George Floyd's name. We will do what's right for one another."

Co-host Juan Williams praised those leading the services for providing "a very human picture [of Floyd] far away from the news and the noise and all the protests.

"What we see is a human being and I think it's so appropriate that we focus on the fact [that] there's a man there who lost his life in an unfortunate manner," Willaims said.

"George Floyd was known to almost no one outside the family and friends before now," he concluded, "but he has started a movement and his name will be remembered."