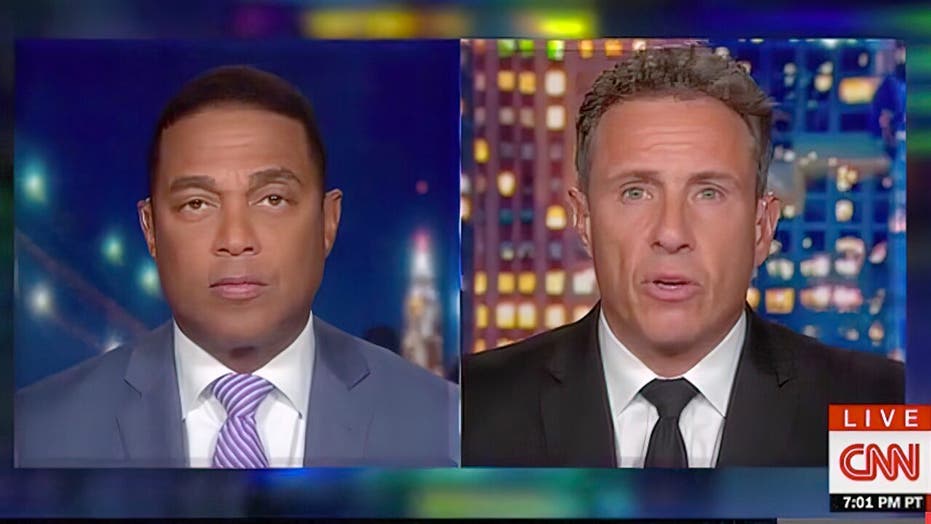 CNN's Don Lemon erupted on unvaccinated people going to hospitals, saying they were taking up resources from those who have been following the rules and been vaccinated.

CNN host Don Lemon on Tuesday erupted over unvaccinated people "taking up the space" in hospitals from vaccinated people who are "playing by the rules," suggesting they should not go to the hospital if they get sick.

Lemon, responding to a story about a man whose cancer-stricken wife was released from the hospital early because of a lack of beds and died, predicted to fellow CNN host Chris Cuomo that the future was going to be between the vaccinated and unvaccinated people across the country. He blamed "selfish" unvaccinated people putting stress and strain on the system.

"You and I both agree … this is going to be between the vaccinated and the unvaccinated moving forward in this country," he added. "And I just think if you don’t want to play by any of those rules and then all of a sudden you end up in the hospital, I feel bad – but maybe you shouldn’t go and take up the resources from someone else. That’s it."

After the two further discussed the family affected by the early hospital release, and Cuomo saying, "I just don't know what's going to get through to people," Lemon reiterated his previous reporting on hospitals overwhelmed by the high number of coronavirus patients.

"It is putting a stress and strain on the system and people all over this country because some people who are so selfish are saying it’s my freedom and I don’t want to get vaccinated," he added. "Fine. But think about someone other than yourself. And if you don’t believe that Covid is real and that it can affect your health and possibly take your life, don’t go to the hospital then when you get sick."

"Don’t take up the resources from other people who are playing by the rules, getting vaccinated, social distancing and putting their lives on the line to try to take care of the people who are there. That’s all I’m saying. That’s how I feel and I have no apologies," Lemon said.

While others have made similar brazen remarks about irresponsible citizens not deserving hospital treatment when they're overcrowded, almost all those hospitalized with coronavirus now are unvaccinated regardless. Others have bristled at the notion of denying care based on personal conduct, with examples like lifetime smokers who get lung cancer or someone injured in a car accident who wasn't wearing a seat belt.

Efforts are continuing across the country to get more and more people vaccinated following the Pfizer-BioNTech vaccine receiving full FDA approval in August. It's not clear exactly when the Moderna and Johnson & Johnson vaccines could receive full approval, however both are expected to continue through the FDA's application process in the coming months.