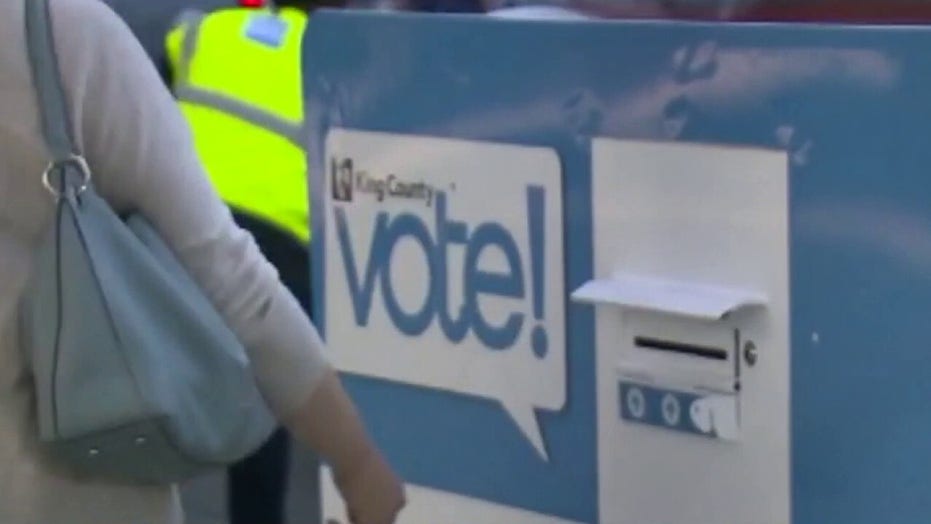 Advisers warn Trump against pushing voters to go out during a pandemic; Kristin Fisher reports.

President Trump has been outspoken with his opposition to mail-in voting ahead of November, warning of "voter fraud" and delayed election results.

Keilar began the exchange by declaring that voter fraud generally is "statistically insignificant" and dismissed the notion that the delayed election results in New York's primaries are the result of fraud. Schlapp was attempting to explain the "two buckets" that alarm the Trump campaign but was interrupted by the CNN anchor.

After Keilar challenged Schlapp to cite examples of voter fraud, the Trump advisor pointed to a Philadelphia judge who pleaded guilty in May to election fraud after he accepted bribes in exchange for stuffing ballot boxes for certain Democratic candidates.

"We do have an issue with mail-in fraud. You might not think so. I think that any fraud should be unacceptable and I think we have to preserve the integrity of this election and voter integrity as well," Schlapp said.

Schlapp then pointed to "ballot harvesting" in Nevada where she accused the state legislature of changing the law to allow voters to cast ballots up to three days after Election Day, but Keilar said it's "Republicans" who have been harvesting ballots as of late.

Later in the exchange, Keilar pushed back against Schlapp's claim that ballots are sent out "unverified," insisting that there are "safety precautions in place."

As Schlapp was attempting to cite more examples of voter fraud, the "CNN Newsroom" anchor cut her off.

"Mercedes, why are you doing that? Because it appears that it's to sow doubt in the minds of people about whether their votes are going to matter," Keilar accused the Trump advisor. "Why are you villainizing mail-in voting which would give people the ability to practice their right as an American to vote."

After Schlapp asked Keilar if she thought it was "okay" for Nevada to allow its residents to vote three days after the election, Keilar dismissed the question.

Nevada's recently passed legislation, which will allow the state to mail all active voters a ballot, reportedly includes a provision that allows ballots postmarked by Election Day to be counted up to a week later.