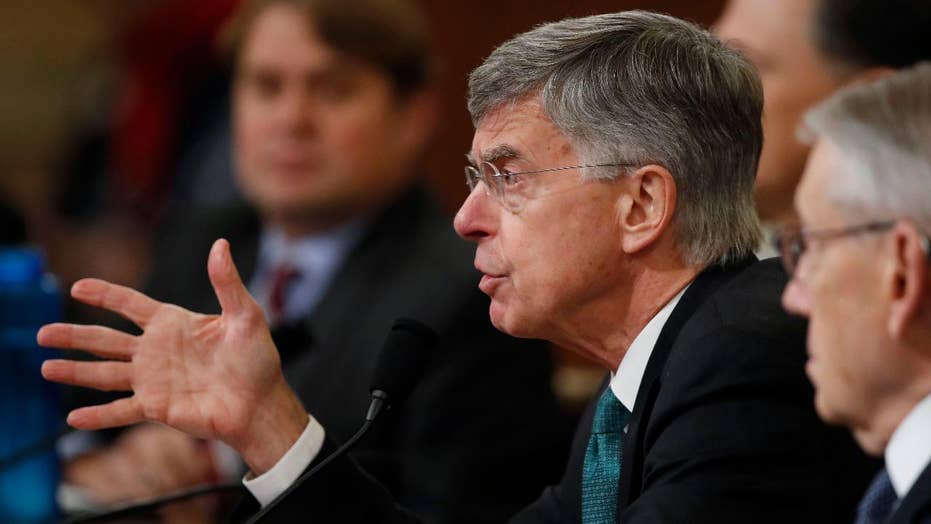 After acting U.S. Ambassador to Ukraine William Taylor testified publicly in the impeachment inquiry on Wednesday, Fox News’ Chris Wallace told “The Daily Briefing with Dana Perino” that Taylor's performance was “impressive” and “very damaging to the president.”

“He went out of his way to talk about what he knew, what he was specifically testament to," Wallace said. "The only thing he talked about was a strong feeling that it was in the U.S. national security interest to support Ukraine in the fight against Russia. But he certainly wasn’t taking any partisan position.”

Taylor testified that a staff member recently told him that they overheard a phone conversation between President Trump and Ambassador to the European Union Gordon Sondland during which the president asked about “the investigations.”

Taylor, who was appearing in the first public hearing of the House Intelligence Committee’s impeachment inquiry, said some of his staff were at a restaurant in Ukraine with Sondland when Sondland made a phone call to Trump. The staffer told Taylor they could hear Trump on the phone asking about “the investigations,” he said.

Taylor said Sondland purportedly replied that the Ukrainians were ready to move forward. The phone call took place on July 26, the day after Trump spoke on the phone with Ukrainian President Volodymyr Zelensky, a conversation which was the subject of the whistleblower complaint. The new claim from Taylor would connect Trump more closely to the pursuit of investigations by Ukraine; Taylor clarified that he understood "investigations" to refer to the Biden family.

Taylor has already testified behind closed doors that the president pushed Ukraine to investigate election interference in 2016, Joe and Hunter Biden, and their dealings in the Eastern European country. The ambassador said that at the time of his closed-door testimony, he was not aware of the information regarding the phone call.

Republicans have been critical of Taylor’s testimony, arguing that the acting ambassador does not have first-hand knowledge of the events in question and pointing out that he was not on the July 25 call between Trump and Zelensky that is at the center of the impeachment inquiry.