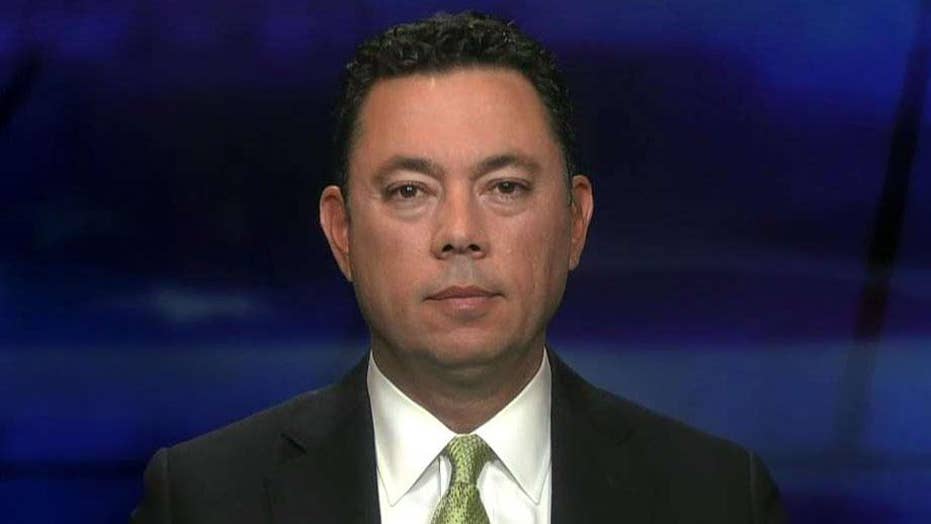 DOJ is 'horrific' at holding themselves accountable, Jason Chaffetz says amid McCabe decision

Former Utah Rep. Jason Chaffetz reacts to federal prosecutors mulling a decision on whether to charge former FBI official Andrew McCabe over the circumstances that led to his firing.

Fox News contributor and former Utah Rep. Jason Chaffetz said on Tuesday that the Department of Justice is “horrific” when it has to hold itself accountable, as prosecutors mull whether to pursue charges against former FBI Deputy Director Andrew McCabe.

“Now they got a decision to make — are they going to hold the Department of Justice people accountable to the same degree that they do the rest of the world? And so far they’ve shown no backbone to be able to do so,” Chaffetz told “America's Newsroom.”

A source close to the process said that McCabe has had a “target on his back” because of the Justice Department inspector general findings against him over actions during the Hillary Clinton email investigation, as well as his role in the surveillance warrants against President Trump's campaign associates during the Russia investigation. McCabe is a former deputy and acting director of the FBI.

Then-Attorney General Jeff Sessions fired McCabe in March 2018 after the Justice Department inspector general report found he had repeatedly misstated his involvement in a leak to The Wall Street Journal regarding an FBI investigation into the Clinton Foundation.

“Ultimately he was fired for cause, multiple occasions, [for] lying ... some of the times under oath,” Chaffetz said.

The New York Times, which first reported the developments Monday, said McCabe’s lawyers recently met with DOJ attorneys who would handle a prosecution — an indication of a possible indictment.

McCabe's legal team and the Justice Department declined to comment. The U.S. Attorney's Office in D.C. has not responded to a Fox News request for comment.

He went on to say, “And for somebody who is so senior within the Department of Justice, they know better and it wasn’t one mistake. This happened on multiple occasions. That’s why he [McCabe] was fired and there are a lot of us that believe he should be prosecuted.”

McCabe was recently hired as a paid contributor by CNN.