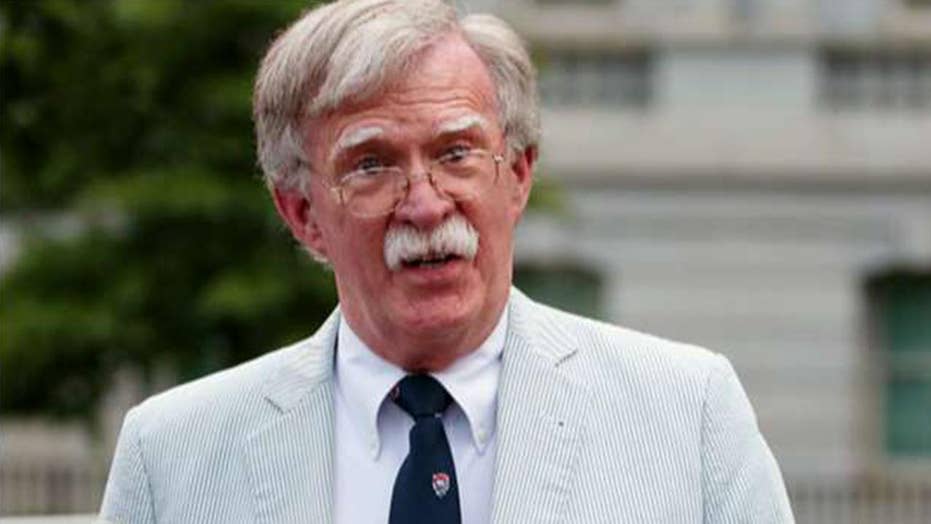 Charles Cooper, Bolton's attorney, said that his client and his former deputy, Charles Kupperman are seeking a "definitive judgment from the Judicial Branch determining their Constitutional duty in the face of conflicting demands" from the White House and Congress. The attorney -- who represents both men -- noted that unlike the other witnesses, Bolton and Kupperman provided direct advice to Trump regularly and would be asked during any congressional appearance to disclose sensitive foreign policy and national security information.

Bolton's lawyer said in a letter to the top lawyer for the House of Representatives on Friday teased that his client was involved in “many relevant meetings and conversations” to the impeachment inquiry into the president's actions involving Ukraine.

York commented that it was "hard to figure out" why Democrats withdrew their subpoena for Kupperman after he asked a judge to rule.

"They might be afraid they're going to lose," York said.

York said that Bolton's possible testimony would give a perspective from inside the White House, something that many of the witnesses who have testified cannot.

"The other witnesses, there were people listening on the call. There were people in the State Department, you know, they know about things from their peripheral positions, but they don't really get you inside the White House," York said. "And John Bolton would do that."

York also said Democrats were under pressure to hurry along the process so that it won't impact their Democratic presidential candidates.

"There's another problem here, which is that Democrats are racing the clock with their 2020 presidential race," York said. "Six candidates in the Democratic race right now are members of the Senate who, if there were a trial, they'd be basically chained to their desk in Washington."