President Trump’s former national security adviser, John Bolton, was involved in “many relevant meetings and conversations” to the impeachment inquiry into the president's actions involving Ukraine, Bolton's lawyer said in a letter to the top lawyer for the House of Representatives on Friday.

Charles Cooper said in the letter that his client “was personally involved in many of the events, meetings, and conversations about which you have already received testimony, as well as many relevant meetings and conversations that have not yet been discussed in the testimonies thus far." However, the letter suggested that Bolton will only appear before Congress if a judge orders him to do so.

Cooper said Bolton and his former deputy, Charles Kupperman are seeking a "definitive judgment from the Judicial Branch determining their Constitutional duty in the face of conflicting demands" from the White House and Congress. The attorney -- who represents both men -- noted that unlike the other witnesses, Bolton and Kupperman provided direct advice to Trump regularly and would be asked during any congressional appearance to disclose sensitive foreign policy and national security information.

House Democrats leading the probe into whether Trump asked Ukrainian President Volodymyr Zelensky to open an investigation into former vice president and 2020 presidential candidate Joe Biden and his son Hunter's business dealings in exchange for military aid have accused Bolton and Kupperman of stonewalling after Bolton failed to show up for a deposition this past week. 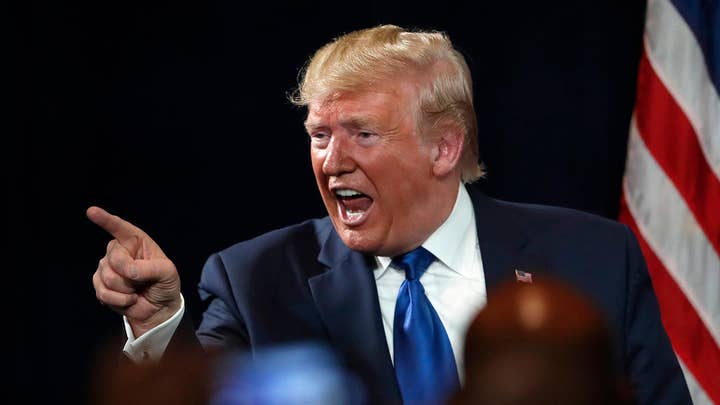 Investigators slapped Kupperman with a subpoena for relevant information related to the probe but later withdrew it and said they would not seek one for Bolton. Instead, they mused that they'd use both of their refusals to cooperate as further evidence that the president is trying to obstruct Congress in their inquiry, forming the basis for one of the articles of impeachment against Trump.

The House committees have also accused Bolton and Kupperman of coordinating with the White House to skirt Congressional subpoenas and delay the inquiry even further, which the two have vehemently denied.

"Dr. Kupperman stands ready, as does Ambassador Bolton, to testify if the Judiciary resolves the conflict in favor of the Legislative Branch's position respecting such testimony," Cooper wrote. "The House Chairs are mistaken to say Dr. Kupperman's lawsuit is intended "to delay or otherwise obstruct the Committees' vital investigatory work."

Several witnesses who have testified have indicated that Bolton was gravely concerned by what they viewed as attempts by the president to engage in a quid pro quo arrangement with Ukraine in exchange for an investigation into the Bidens.

Most recently, Fiona Hill, a former top White House expert on Russia, testified that Bolton distanced himself from the effort to leverage investigations from Ukrainians in exchange for a White House meeting -- and warned that Trump's lawyer Rudy Giuliani was a “hand grenade” who was “going to blow up everyone,” according to transcripts of her testimony released on Friday.

Hill told Congress that Ambassador to the European Union Gordon Sondland and Acting Chief of Staff Mick Mulvaney met with Ukrainian officials in the White House on July 10 and told them that the White House would agree to a meeting between Zelensky and Trump if the investigations into Biden began. Hill said that Bolton "immediately stiffened and ended the meeting."

Hill said Bolton "made it clear that he believed that they were making, basically, an improper arrangement to have a meeting in the White House, that they were predicating the meeting in the White House on the Ukrainians agreeing, in this case, based on the meeting on July 10th, to restart investigations that had been dropped in the energy sector."

Hill added that Bolton later told her: "I am not part of whatever drug deal Sondland and Mulvaney are cooking up" and asked her to relay that message to a White House lawyer.