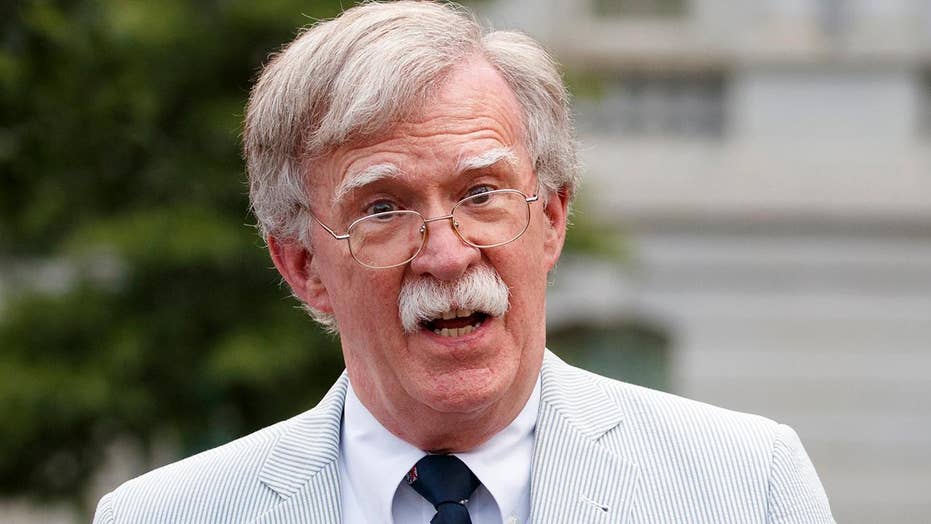 Former Trump National Security Adviser John Bolton's lawyer has said he will not testify voluntarily in the Democrat-led impeachment probe; Gillian Turner reports from outside the House Intelligence Committee.

Fiona Hill, a former top White House expert on Russia, testified that former national security adviser John Bolton distanced himself from the effort to leverage investigations from Ukrainians in exchange for a White House meeting -- and warned that President Trump's lawyer Rudy Giuliani was a “hand grenade” who was “going to blow up everyone,” according to transcripts released Friday.

The nearly 400-page transcript was one of two expected Friday, along with that of Lt. Col. Alexander Vindman -- another National Security Council official. Both testified in closed-door depositions to the circumstances surrounding Trump’s July 25 phone call with Ukrainian President Volodymyr Zelensky.

UKRAINE ENVOY HAD 'CLEAR UNDERSTANDING' ON QUID PRO QUO, BUT NO FIRSTHAND KNOWLEDGE OF TRUMP PLANS

Democrats allege that Trump--when he urged Zelensky to “look into” allegations about Ukrainian interference in 2016, as well as the dealings of former Vice President Joe Biden in the country--was offering a quid pro quo in exchange for withheld U.S. military aid. Trump has denied that claim, while Ukrainians have said they did not feel pressured.

Hill testified that Bolton shared her concern about what she saw as a push to get Ukraine to conduct the investigations. It took place when E.U. Ambassador Gordon Sondland and Acting Chief of Staff Mick Mulvaney met with Ukrainian officials in the White House on July 10. According to Hill, Sondland said there was an agreement for a White House meeting between Zelensky and Trump if the investigations began. She said that Bolton "immediately stiffened and ended the meeting."

Bolton, in turn, told Hill to report it to NSC Counsel John Eisenberg.

Hill testified that Bolton told her to “go and tell John Eisenberg—you go and tell Eisenberg that I am not part of this drug deal that Sondland and Mulvaney are cooking up."

“He was saying that sarcastically of course, I mean, just to be clear. Actually, he was angry, but he was also sarcastic. I mean—he wasn’t inferring that they were cooking up an actual drug deal in the Ward Room,” she said.

She said that Bolton was instead referring to the comment by Sondland that there was an agreement to have Zelensky come to the White House if the investigations were started up.

According to Hill, Bolton also said that no one should be meeting with Giuliani, who was a key promoter of theories about Ukraine and was pushing for investigations. Bolton described him, according to Hill, as “a bit of a hand grenade that was going to blow up everyone.” 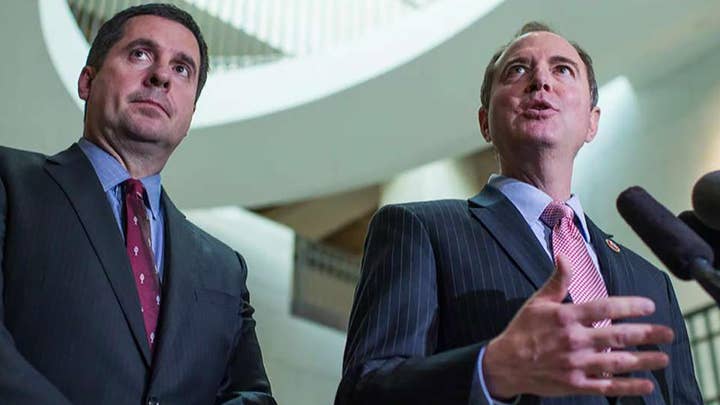 She added that Bolton said that he was “closely monitoring what Mr. Giuliani was doing and the messaging that he was sending out.”

When that testimony had first been reported by the New York Times last month, Giuliani issued a statement saying he was "disappointed" in Bolton.

“I am disappointed in John,” Giuliani said in a statement to Fox News. “I’m not sure he realizes I received all this evidence as part of my representation of the president. It was all part of the evidence, and suppression of evidence, involving Ukrainian collusion and the origin of some of the false information against the president," he said in a statement to Fox News.

As for whether a White House meeting was being offered in exchange for the investigations Trump wanted in the phone call, Vindman expressed certainty that was the case.

“This was about getting a White House meeting,” he said. “It was a demand for him to fulfill his—fulfill this particular prerequisite in order to get the meeting.”

The testimony is likely to add further fuel to Democratic claims that there was in fact a quid pro quo being offered by the president -- the basis on which House Democrats’ impeachment inquiry has rested.

The transcripts come a day after a transcript of testimony from U.S. diplomat Bill Taylor, in which he claimed to have a “clear understanding” that President Trump wanted to leverage military aid to Ukraine in return for investigations that could benefit him politically -- although he acknowleged he didn't have firsthand knowledge of "what was in the president's mind."

Trump and his allies have been aggressively pushing back against the inquiry, with Republicans decrying “Soviet-style” tactics by Democrats and Trump calling it a witch-hunt.

Earlier Friday, Trump predicted that the storm surrounding impeachment would only make him stronger by energizing his base.

“What they’re trying to do is weaken me, but it’s actually made me stronger,” Trump said.

“People are angry about it … and it’s made Republicans and people that vote for me, not just Republicans, really angry ... because it's a hoax,” he said.