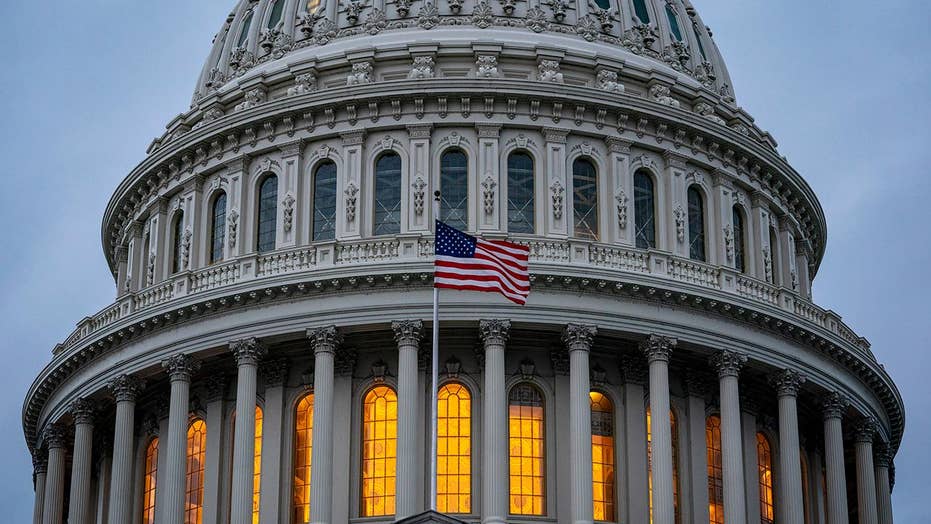 Fox News senior political analyst Brit Hume said Tuesday that impeachment is not helping Democrats and that they are using the USMCA trade agreement to show Americans that they've done more than just try to impeach President Trump.

"That is something that the perception that you just described, which is that the Democrats are all about impeachment and only impeachment, which helps to explain these numbers," Hume said on "Tucker Carlson Tonight." "[It] certainly helps to explain why Nancy Pelosi is now prepared to allow a vote on the new NAFTA called USMCA, United States, Mexico and Canada trade agreement, which gives them something to show for their efforts in Congress apart from this."

New polling by Firehouse Strategies and Optimus shows that impeachment is hurting Democrats in Michigan, Pennsylvania and Wisconsin, where Trump polls ahead of every potential 2020 Democrat opponent.

Senate Majority Leader Mitch McConnell, R-Ky., said Tuesday he will wait until after President Trump's impeachment trial is over before bringing the U.S.-Mexico-Canada Agreement (USMCA) to the Senate floor for a vote.

USMCA would replace the North American Free Trade Agreement (NAFTA), which went into effect in 1994 under former President Bill Clinton. Trump has been an outspoken advocate of the new pact and has publicly pushed for House Democrats to hold a final vote.

McConnell announced his decision shortly after House Democrats said they'd reached an agreement with the White House on how to proceed.

Hume accused Democrats of using the agreement to help change the perception of their accomplishments.

"So we now have the Democrats at least adding a fig leaf to the to what they've been doing all along, which is principally to try to get rid of Donald Trump," Hume said. "This is what you do when you're afraid you're going to be perceived as only doing one other thing."