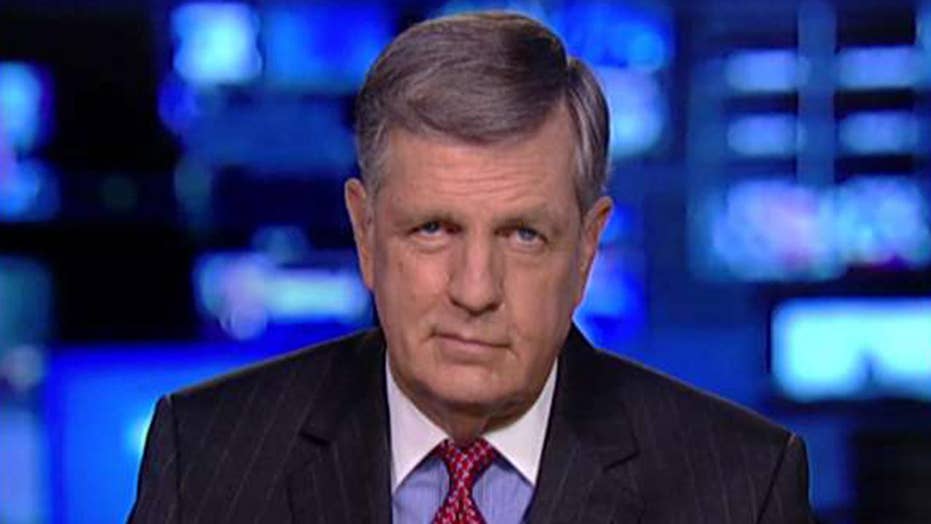 Trump clashes with media over impeachment

Fox News senior political analyst Brit Hume defended a Reuters reporter who angered President Trump with a question during a Wednesday news conference, claiming the reporter's question was "valid" and saying the president "freaking out" doesn't help his cause.

"This was a harshly worded attack. He attacked Jeff Mason, you know, accused him of being 'fake news' and all that, when he asked a perfectly valid question," Hume said about Trump on Wednesday on "The Story with Martha MacCallum."

During the news conference, Trump appeared irritated when Mason repeatedly pressed the president on exactly what information he hoped to receive from Ukrainian President Volodymyr Zelensky when Trump asked for an investigation into the Bidens. That July phone call ignited the Trump impeachment inquiry, as Democrats said the call was evidence of Trump asking a foreign country to intervene in the 2020 U.S. presidential election.

“Did you hear me?” Trump told Mason, motioning for Mason to question the president of Finland, with whom Trump was addressing reporters. “Ask him a question. I’ve given you a long answer. Ask this gentlemen a question. Don’t be rude.”

After Mason tried instead to ask Trump an additional question, Trump dismissed the impeachment allegations as a “hoax” and accused journalists of “playing into it.”

“People like you and the fake news media that we have in this country,” he said. “And I say in many cases, the corrupt media because you’re corrupt. Much of the media in this country is not just fake, it’s corrupt.”

Hume was critical of the president's reaction.

"I don't think this sort of 'freaking out' that we're seeing from the president over this stuff, angry though he may legitimately be, helps his cause because it's not what people like about him," Hume said. "And if you're going to get into an impeachment fight with a Congress you want as many people to like you as possible and I don't think it helps." 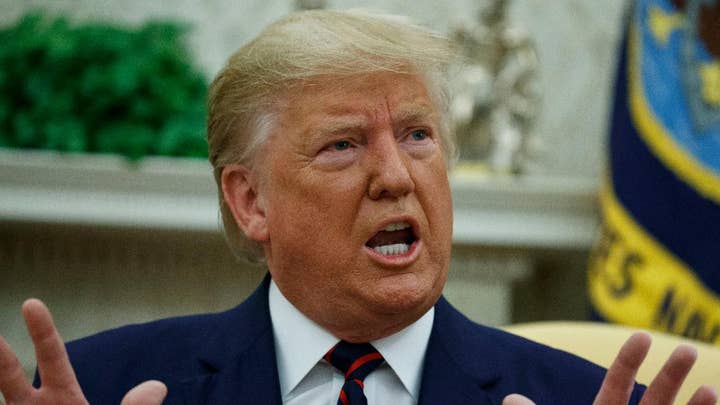 Hume said the president didn't have a "good answer" to the question.

"That's why it was improper for the president to bring Biden into a conversation," Hume said.

He also doubted the American people would think Trump's conduct was impeachable.