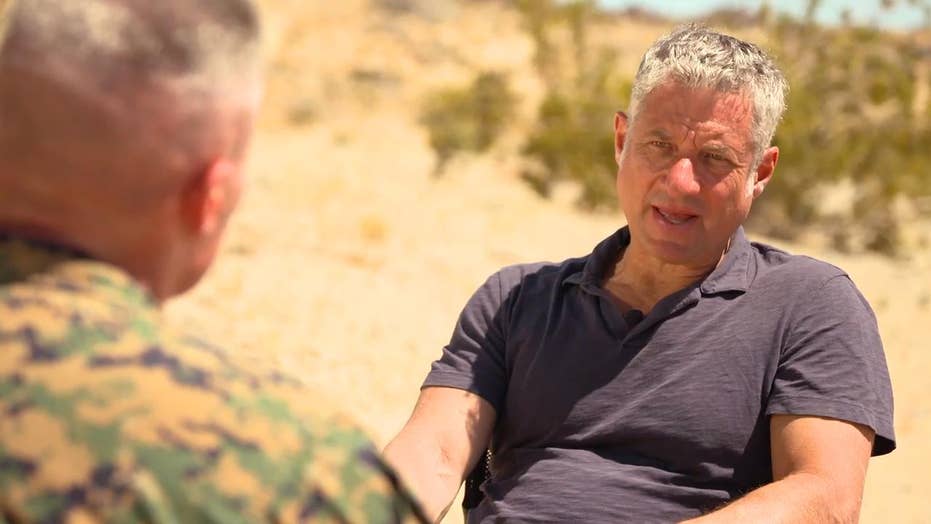 Brigadier general reflects on training next generation of Marines: 'The more you sweat in peace the less you bleed in war'

"We like to say that we stand on the shoulders of giants," said Brig. Gen. Turner in a new episode of Fox Nation's "Real Marines," "I think there's not too many things that we take more seriously than."

Before becoming commander of the country's largest Marine Corps base, Turner spent years fighting in the world's most violent warzones, including the bloody battles of Ramadi and Fallujah, during Operation Iraqi Freedom.

Leventhal recalled attempting to reach Turner's forces while we was covering the war in Iraq for the Fox News Channel.

"I remember trying to get in. I was in Baghdad and we were trying to do an embed with you guys and they wouldn't let us go," said Leventhal.  "They said it was just too dangerous and there was no way they could safely get us in and out of where you were because of the fire you were taking every day and night."

Reflecting on those battles, Turner said he was impressed by the ability of the troops to maintain discipline.

"They never lost their ability to discern the enemy from the civilian population," Turner told Fox Nation. "They always treated the civilians with dignity and respect, even sometimes in the midst of firefights."

Turner said he was struck by the impact of the Marines' professionalism when he returned to Iraq in 2007.

"When I went back in 2007 after 'The Awakening' occurred," said Turner, referring to split of Iraq's Sunni population from Al Qaeda, "we would sit around with a lot of the guys... probably guys and we were fighting in the previous deployments and the like.  And they would tell me stuff like, 'We knew that we were on the wrong side when we saw the way that you guys comported yourselves and the way you treated enemy wounded combatants,' the way we treated the civilian population, the way we took care of each other. 'That's when we realized that we were on the wrong side.'"

Reflecting on his role today, training the next generation of Marines, Turner said that this philosophy is, "The more you sweat in peace, the less you bleed in war.

"Our job here is to produce Marines in units that if diplomacy fails, they're gonna be able to hold any adversary," he said. "I really feel that if we continue to do this as well as we've been doing it for the last two hundred and forty some years, the security of the United States is safe."

To watch all of "Real Marines" go to Fox Nation and sign up today.