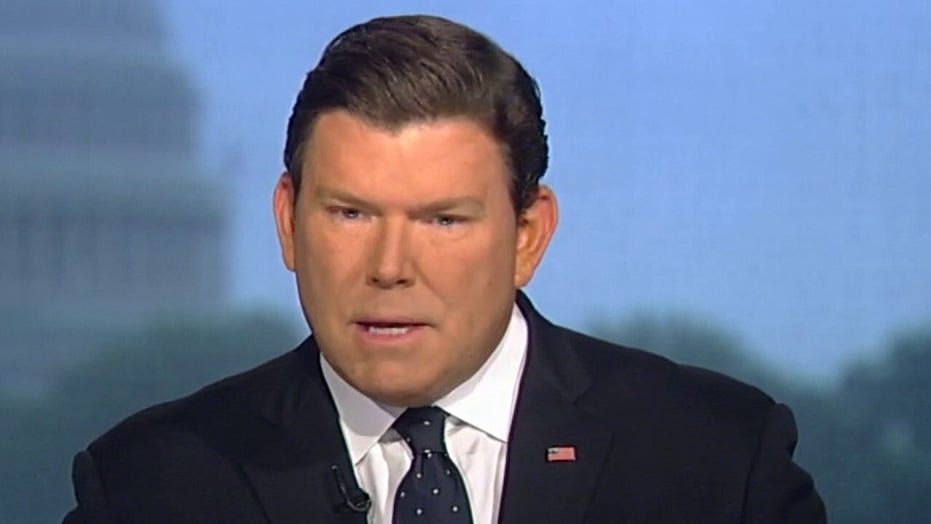 Bret Baier on Woodward fallout: 'Trump has unique ability to get beyond these moments'

Bret Baier weighs in on the White House pushing back on Woodward quotes, pointing to policy decisions Trump was making

Baier was reacting to newly published audio excerpts from interviews veteran journalist Bob Woodward conducted with Trump over the past several months. In one interview, from Feb. 7, Trump described the coronavirus as "deadly stuff," even as he compared it publicly to seasonal flu.

In another interview, on March 19, Trump admitted to Woodward that he "wanted to always play it [the virus] down."

When asked about the effect of Trump's comments on the presidential election, Baier answered, "I think the fallout has yet to be seen.

"Obviously the Biden campaign is going to try to use it in a lot of 30-second ads, digital ads around the country," Baier added. "They're really pushing the early vote, so using the president's words -- I'm sure will be used in a way to say that he misled or lied to the American people in some ad, and he could have saved lives. That's what they're saying publicly.

"Does that move the needle? Maybe, in some places, in some states, and if it's very close it could," he went on. "This president has a unique ability to get beyond these moments. It's curious why he sat for 18 interviews with Bob Woodward ... but it doesn't look like that is a benefit in any way, shape, or form."

Baier also suggested critics who would attack Trump over his comments might do well to recall that the threat of the virus wasn't obvious at the start of this year.

"There was a lot of evolution of what we knew and what people were saying, even at the expert level -- what Dr. [Anthony] Fauci was saying, what Dr. [Deborah] Birx was saying, what the Biden advisers on the medical staff were saying," Baier said. "And it was not that everything had to be locked down right away."