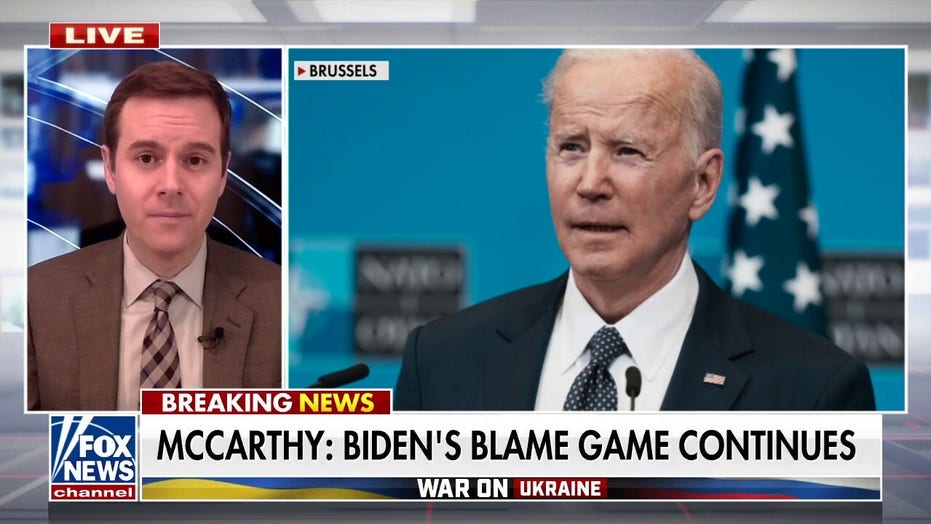 Fox News Radio host Guy Benson on President Biden getting criticized by the GOP for blaming others for issues in America.

Fox News Radio host Guy Benson told "America’s Newsroom" on Friday that President Biden seems "bewildered" as the administration's poll numbers suffer. In a new Fox News poll, Biden's approval ratings are underwater by 21 points for his handling of the economy and a staggering 35 points on inflation.

GUY BENSON: Look, the president has an approval rating in the low 40s on average for a reason. The American people are hearing the excuses, not buying the excuses. And the president will be held accountable in the midterm elections and his party will likely lose quite a few seats … and people on the left are saying it’s your fault. He is getting a lot of blame. A lot of that is fair, but he is caught in the middle, and he seems at times a bit bewildered. 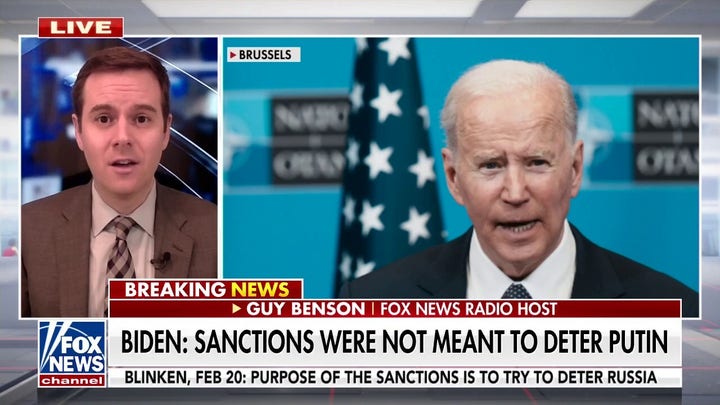