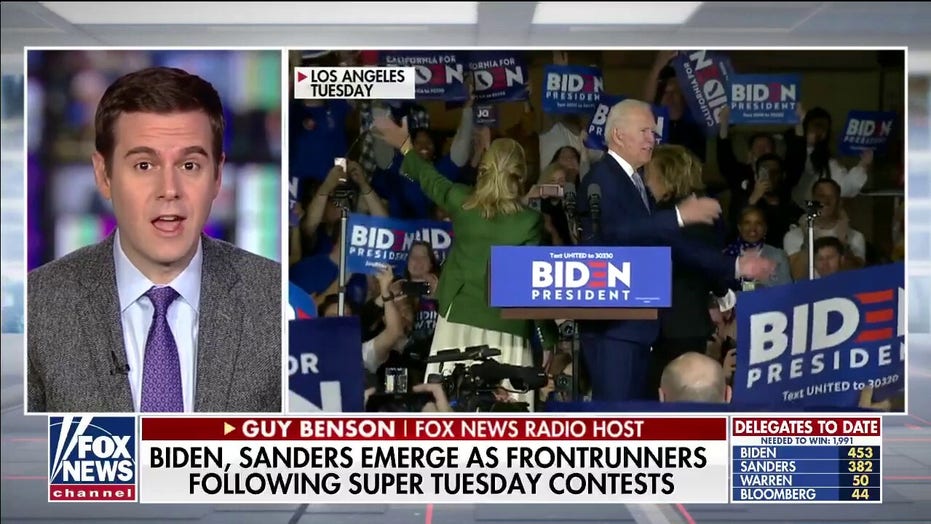 Guy Benson on the turning point for Joe Biden

Everyone on "The View" – even the audience – seemed pumped for Wednesday's show, which featured some celebration of former Vice President Joe Biden's win on Super Tuesday.

"I'm sure Trump is quivering in his jodhpurs," co-host Joy Behar said. For months, "The View" has been touting Biden, whose Super Tuesday showing represented a sharp comeback after he lost the first three primary contests.

"View" co-host Meghan McCain also defended her show, pointing to how they all supported Biden before Super Tuesday.

CHARLIE HURT: WHY DEMOCRATS STILL HAVE A BIG PROBLEM AFTER SUPER TUESDAY

"I have to say this group of people at the table rarely agree on anything," she said, "but we were all holding out for Biden to the point that all of the women on the show got a lot of criticism because we said don't count him out ... So, "The View" was a little right. Just saying."

McCain added that she never thought to doubt Biden because "America loves him."

Co-host Sunny Hostin reminded her that wasn't the case.