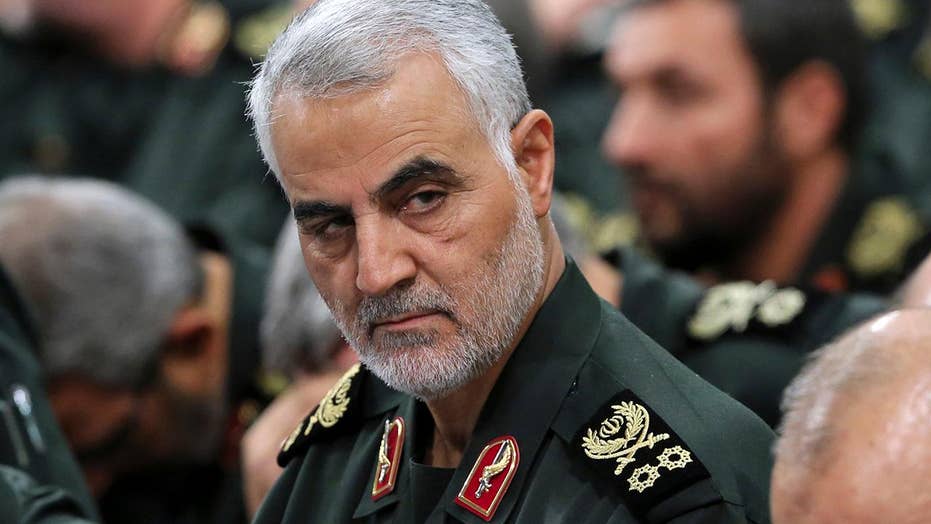 Faithwire.com managing editor Dan Andros says he came face to face with Iranian Gen. Qassem Soleimani's brand of terrorism in Iraq 2015 and it's been seared in his mind ever since.

It’s healthy for the media to question how President Trump decided to take out Qassem Soleimani, and to examine the far-ranging consequences — though some of the coverage has been cloaked in the usual anti-Trump hostility.

Several network and cable anchors pressed Mike Pompeo during his Sunday rounds on whether he could prove that the general was plotting “imminent attacks,” the details of which the secretary of State called an “irrelevant distraction.”

But it’s not irrelevant, given that the administration’s rationale that time was of the essence, not just that Soleimani was a bad guy responsible for the deaths of hundreds of Americans. And with leaked accounts of unnamed officials calling the intelligence thin, the controversy was inevitable.

Yet given the journalistic hand-wringing over what happened in 2003, news outlets have an added incentive not to allow history to repeat itself.

When George W. Bush was trying to sell the country on Saddam Hussein’s weapons of mass destruction, the press was filled with stories about the CIA’s “slam-dunk” assessment, and Colin Powell unveiled his charts at the United Nations.

After no WMDs materialized, Bob Woodward would tell me: “We did our job, but we didn’t do enough, and I blame myself mightily for not pushing harder.” There was a “groupthink” among intelligence officials, Woodward said, and “I think I was part of the groupthink.”

Len Downie, then The Washington Post’s executive editor, told me, “We were so focused on trying to figure out what the administration was doing that we were not giving the same play to people who said it wouldn’t be a good idea to go to war…Not enough of those stories were put on the front page. That was a mistake on my part.” And some pieces were delayed or killed.

The New York Times, in a note to readers, said that “questionable” information was “insufficiently qualified or allowed to stand unchallenged. Looking back, we wish we had been more aggressive in reexamining the claims as new evidence emerged — or failed to emerge.” The Times' public editor said the paper ran “some rather breathless stories built on unsubstantiated ‘revelations’” by officials with vested interests.

That sense of guilt and failure continues to cast a shadow over the press. The intelligence community itself has also been taking flak from the president, as he denounces some of its players on Russia and Ukraine. Still, intelligence by its nature is a flawed human enterprise, and it’s tough to release the raw material without jeopardizing sources and methods.

On the political front, the press is casting the retaliation threats from Iran, its withdrawal from the Obama nuclear agreement and the Iraqi parliament’s move to expel U.S. forces as the unintended consequences of Trump’s decision.

“For three years,” the Times said yesterday, “President Trump’s critics have expressed concern over how he would handle a genuine international crisis, warning that a commander in chief known for impulsive action might overreach with dangerous consequences.

“In the angry and frenzied aftermath of the American drone strike that killed Iran’s top general, with vows of revenge hanging in the air, Mr. Trump confronts a decisive moment that will test whether those critics were right or whether they misjudged him.”

But there was a contrarian take from Tom Friedman, the three-time Pulitzer winner who knows the region’s hatreds as well as any journalist on the planet.

“One day they may name a street after President Trump in Tehran,” he said in his Times column — this from a liberal commentator who generally supported Barack Obama and is a fierce Trump critic.

The reason? “Because Trump just ordered the assassination of possibly the dumbest man in Iran and the most overrated strategist in the Middle East.”

Rather than the evil genius portrayed by much of the press, he says, Soleimani is an idiot who squandered the lifting of sanctions that was part of the 2015 deals and helped plunge his country into poverty and protests that left some critics jailed or killed.

Soleimani did this by fighting proxy wars against Americans and in such places as Syria, Iraq, Lebanon and Israel, says Friedman, freaking out U.S. allies and forcing the Trump administration to take action. The use of pro-Iranian militias to storm the American embassy in Baghdad was one provocation too far.

It is too soon to gauge the magnitude of the repercussions. The 2020 Democrats are all campaigning against Trump’s decision. But as the Friedman column makes clear, Soleimani bears much of the blame for his own downfall.