"We will go into the deepest decline ever if her full program were implemented." Art Laffer, former Reagan economics adviser, explains how Elizabeth Warren's policies and wealth tax plan could lead to the deepest plunge since the depression.

Sen. Elizabeth Warren's policies and wealth tax plan could lead to the deepest economic plunge in nearly 100 years, according to Art Laffer, a former economics adviser to President Ronald Reagan.

“We will go into the deepest decline ever if her full program were implemented,” Laffer told “America’s Newsroom” on Friday.

Laffer said that the 2020 Democratic presidential hopeful’s tax plan was the exact formula used in the 1930s when the Smoot-Hawley Tariff Act was signed into law and the economy started collapsing.

Laffer said in 1932, the tax rate was raised from 25% to 63% and that the increase of the death tax and the personal income tax rate resulted in the “biggest, deepest decline in U.S. history.”

“I am really very afraid that all of that will occur again as a consequence of [her] policies,” Laffer said. 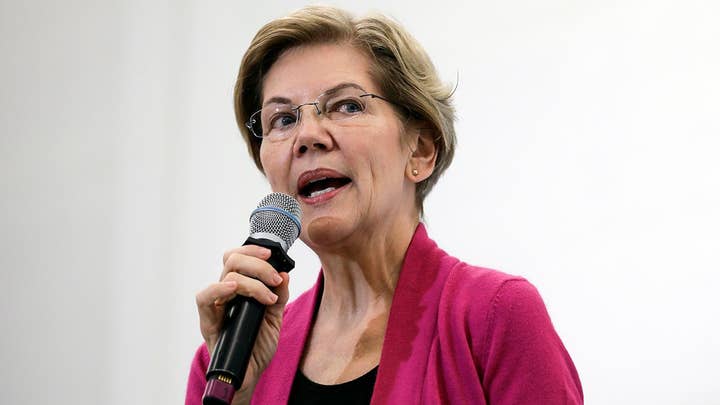 Laffer’s comments came after the Massachusetts senator was speaking to reporters in Iowa and claimed that billionaires alone could potentially fund her $52 trillion "Medicare-for-all" proposal.

“It doesn’t raise taxes on anybody but billionaires,” Warren said. “And you know what? The billionaires can afford it, and I don’t call them middle class.”

In an interview with The New York Times on Wednesday, Microsoft founder Bill Gates – who has a net worth over $100 billion – said he found Warren's pitch to be too much. The plan would hit billionaires, banks and corporations the hardest.

Warren, D-Mass., has promised her constituents that the middle class will not be hit with a tax hike.