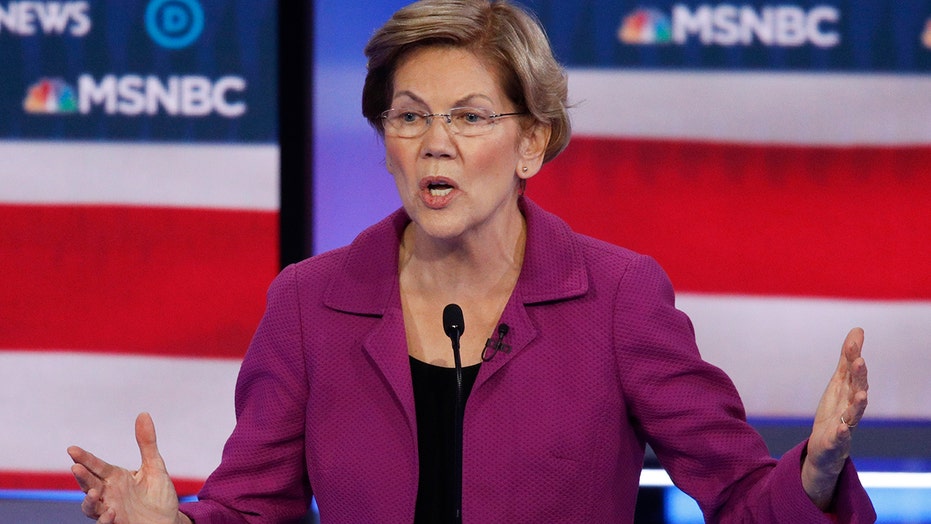 According to Ocasio-Cortez, who supports Warren's progressive challenger Sen. Bernie Sanders, I-Vt., the Massachusetts senator was justified in her outrage. Sanders was similarly tough on Bloomberg and has a history of giving fiery responses during debates.

The New York congresswoman added that it was "gaslighting nonsense" to suggest that angry women are unhinged.

"It’s truly time to retire the misogynist trope that angry men are powerful, yet angry women are unhinged," she tweeted. "It’s such gaslighting nonsense. You SHOULD be mad at abuse of power. The real question is how one channels that energy into positive change that creates justice."

Rubin responded via Twitter, telling Ocasio-Cortez she was referring to Warren's attack on Klobuchar.

"ABSOLUTELY, but not vs everyone all the time," she tweeted, apparently agreeing with her complaint about misogyny.

"Necessary or fair to insult Klobuchar by saying her healthcare proposal fits on a post it? Necessary to say Biden who was smeared in the kangaroo Senate trial wants to be McConnell's friend? C'mon. Get angry and hit where deserved."

"But thanks for weighing in," she added. "And as I wrote and said she helped destroy Bloomberg. THAT wasn't the mean part. THAT was deserved."