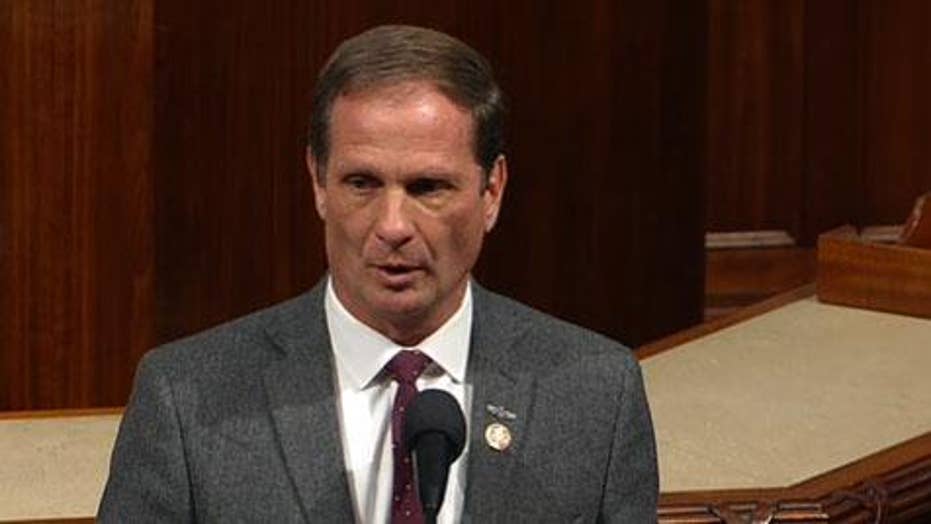 Stewart to Dems: You introduced articles of impeachment before Trump was sworn in.

Rubin was responding to author Tom Nichols, who said he noticed similar speech patterns from the president's defenders when listening to impeachment coverage on the radio.

“Listening to this debate on the radio rather than watching it on TV really brings out the similar speech patterns and accents of the Trump defenders. Make of that what you will. Seems to me the GOP is headed for becoming a rump regional party of the South and the mountains,” Nichols wrote.

Rubin responded with a shot at Trump supporters, adding: “and the non-college educated.”

Media Research Center Vice President Dan Gainor told Fox News that Rubin “hilariously claims she is a conservative blogger” but simply has been “an outright bigot” these days.

“She has embraced every leftist hatred of the right -- including saying that people who have Southern accents are the ‘the non-college educated,’” Gainor said. “She's become the ultimate example of how ignorant, out-of-touch and mean-spirited journalism has become.”

Earlier this year, Rubin pushed for Americans to work together to “burn down the Republican party” in the hopes of extinguishing any trace of the enthusiasm for Trump.

“It's not only that Trump has to lose, but that all his enablers have to lose,” she said on MSNBC. “We have to collectively, in essence, burn down the Republican Party.”

Rubin said if Republicans are victorious next November, they will see it as an affirmation of their beliefs and become further emboldened to push radical views on society.

“They will take [an election win] as confirmation that, 'Hey, it just pays to ride the waves. Look at me, I made it through,'” Rubin said.