Rep. Alexandria Ocasio-Cortez, D-N.Y., took aim at the Electoral College, calling it a "scam" and suggesting it disenfranchises people of color.

In an Instagram story posted Monday, Ocasio-Cortez began by joking that she saw "many votes" while driving through the desert, which she sarcastically referred to as the "electoral college."

She then cited several excerpts from a New York Magazine article that refutes arguments in favor of the Electoral College, telling Republicans that the system "is, in fact, a scam."

"The Electoral College has a racial injustice breakdown," Ocasio-Cortez said. "Due to severe racial disparities in certain states, the Electoral College effectively weighs white voters over voters of color, as opposed to a 'one person, one vote' system where all our votes are counted equally."

AOC: TRUMP'S COALITION INCLUDES 'RACISTS' AND THOSE WHO 'COULD BE SUSCEPTIBLE' TO RACISM 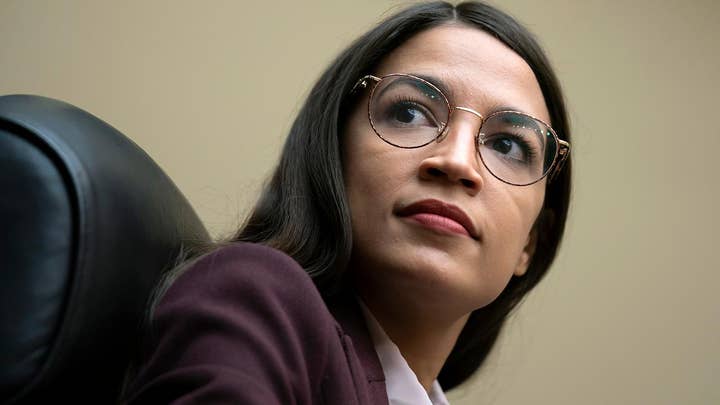 The "Squad" member went on to blast the argument that the Electoral College would give rural states a "fair shake."

Could you image if we had this kind democracy-altering 'fairness' provision for literally any other group?" the congresswoman asked. "If we weighed, for example, black and indigenous voters more because of unfairness?"

She later pointed to Republicans who live in blue states and how their votes "count equally" in a popular vote, and said that eliminating the Electoral College would end the "special treatment of some voters over others."

"#FactsAreFacts, America. The Electoral College has got to go," Ocasio-Cortez concluded.