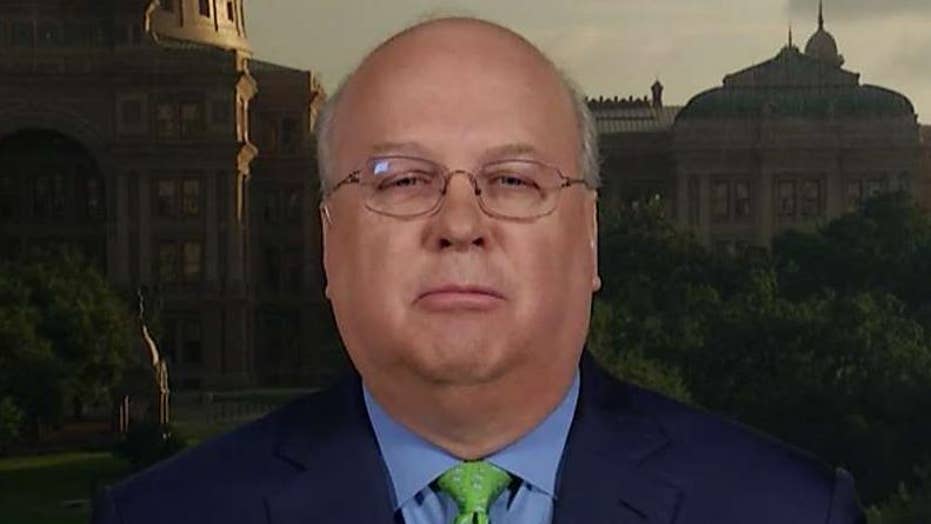 Karl Rove: Second Democrat debate is critical for these candidates

Ahead of the second round of Democrat primary debates, Fox News contributor Karl Rove reveals which candidates he has his eye on.

Businessman Andrew Yang poked fun at his fellow 2020 Democratic contenders by knocking them as boring and predictable on Tuesday.

"I'm sitting in a hotel room with my team," Yang tweeted just before the beginning of the second Democratic primary debate. "It feels like we are about to watch the most boring football game in history." 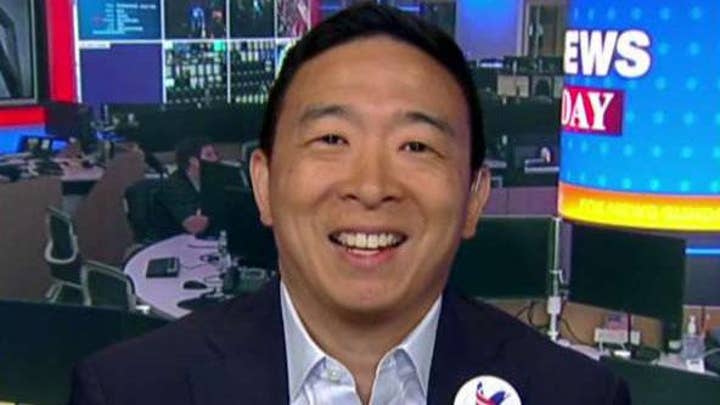 "I hate to say it but most of the green manufacturing jobs will go to robots," he tweeted. His comments came as Democrats clashed over two major policy issues -- health care and the environment -- and appeared to highlight the divide between moderates and more progressive views within the party.

Democrats also faced plenty of criticism from Republicans, like the president's son who pointed out the lack of non-white debate participants. "Not a lot of color on stage," read a post, retweeted by Donald Trump Jr., from former Trump aide Steven Cheung.

Yang similarly hinted a the lack of diversity on stage, tweeting: "They are not talking much about race tonight. I wonder why #DemDebates."

He later joked that he spoke too soon amid CNN moderator Don Lemon's questions about racial issues.

His other tweets included apparent criticisms of other Democratic ideas surrounding higher education and workforce training.

Yang, who is scheduled to participate in the July 31 debate, lamented that he wouldn't be able to offer up his commentary of that event. "The greatest downside of being in the debate tomorrow night is that I won’t get to live-tweet it," he said.

Earlier on Tuesday, Yang's campaign criticized the Democratic establishment after it blocked his entrance into the third round of debates.

"It is frustrating to see the rules be changed mid-game, but our campaign has overcome every obstacle placed in our path, and we will continue to upset the establishment well into 2020," campaign manager Zach Graumann reportedly said.