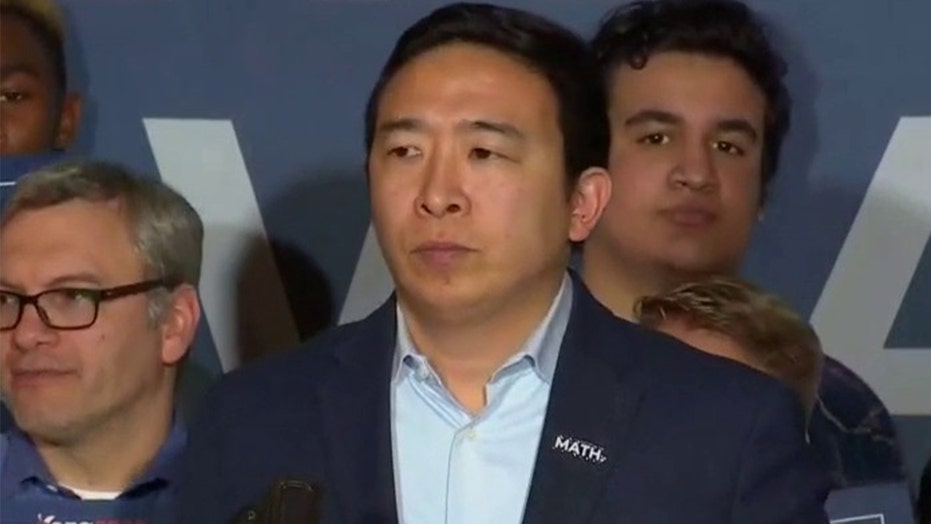 Andrew Yang: We accelerated the eradication of poverty

Andrew Yang makes announcement dropping out of the 2020 presidential race.

"I’m excited to join @CNN to help shed light on the election and the candidates’ experiences. Learned a lot these past months and am glad to contribute to the public discussion,” he tweeted.

Yang noted that he’ll be on CNN to discuss Wednesday’s Democratic primary debate, joking that he might even wear a tie after being known as a casual dresser during his presidential bid.

Yang is the latest in a long line of prominent liberals to take paid gigs at the ratings-challenged network, such as Obama appointee-turned newsman Jim Sciutto.

When Yang declared his candidacy two years ago he was the longest of long shots for the Democratic nomination. But last year, thanks to the popularity of his proposed "Freedom Dividend" – a universal basic income that would pay each adult American $1,000 per month – and his unconventional and energetic approach to campaigning, Yang soared to middle-tier status in the polls. And his fundraising figures surged as well late last year and early this year.

In a speech to supporters – knows as the Yang Gang – last week he claimed his message on the universal basic income had gone "mainstream" in the Democratic Party.