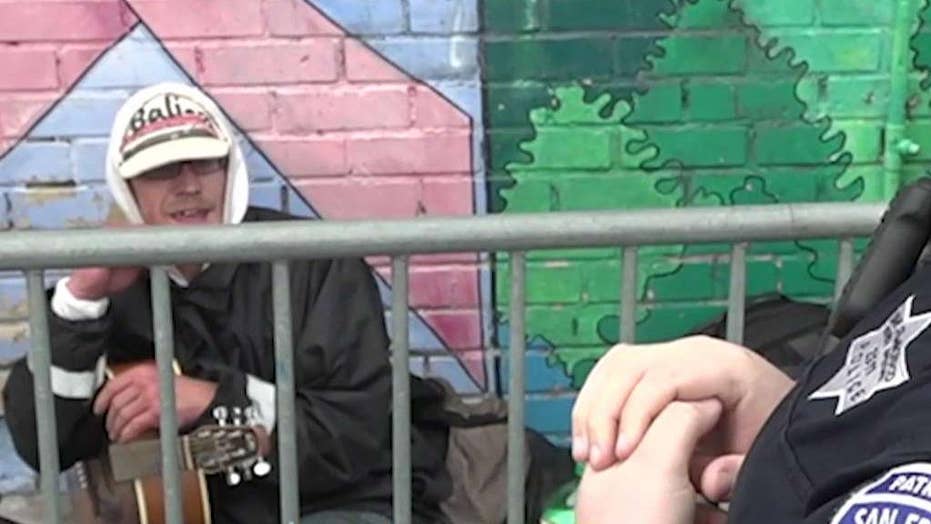 Editor's note: This report is a summary of Part 3 of a 'Tucker Carlson Tonight' investigation -- the full segment is available above.

San Francisco residents pay some of the highest taxes in the country, but more than a dozen neighborhoods still levy mandatory fees on property owners to finance services the city is failing to provide.

“One of our biggest supporters is the Castro Community Benefit District,” says Cody Clements, a San Francisco Patrol Special Police officer who provides security services in the Castro district. “The residents live on these streets, they pay for our services.”

“The best way to describe it is community policing because we get paid by the residents that live in the communities that we work in,” Clements says.

Tucker Carlson Tonight went on an exclusive ride-along with Clements as he patrolled the Castro, where he spent most of his day responding to complaints about the area’s homeless population.

“The most common calls that I get from residents that live on a street such as this, this is Hancock Street, is ‘Hey, there's somebody setting up a tent in front of my house’ or ‘Hey, there's a homeless person going through our garbage. They're making a mess and they're street garbage everywhere,’” he says.

Homes in the neighborhood sell for as much as $4 million, but even residents in wealthy neighborhoods are dissatisfied with San Francisco’s city government.

“Businesses came together and said, 'Hey, if we want a higher level of service, then we're going to have to put together a community benefit district,'” Clements says.

Some San Francisco neighborhoods are struggling to maintain order even with the benefit districts.

“Our street conditions -- in the 40, almost 40 years I've been here. It's the worst I've ever seen,” says Jon Handlery, who runs a hotel near Union Square. His business pays into the Union Square business improvement district.

“We pay taxes, fees, and other assessments so that we can have clean and safe streets,” said Handlery. “Now I’m paying again yet I don’t see the benefit.”

His guests routinely complain about street conditions near his hotel.

“They are troubled by the cleanliness, the fact that they at times don't feel safe and then seeing people who are sleeping on the sidewalks and they're baffled by that,” he said.

Poor street conditions have taken a toll on San Francisco’s hotels. Last month, the tech company Oracle announced that it would move its annual OpenWorld convention from San Francisco to Las Vegas this September, citing "poor street conditions” as a reason for leaving. The move will cost the city $64 million a year. In 2018, a major Chicago-based medical association -- which declined to be identified -- pulled its convention out of San Francisco, also due to the unsafe streets. The move cost the city roughly $40 million.

“The quality of the streets and the conditions that are causing these conventions to pull out of San Francisco and cause tourists to be unhappy now have a ripple effect that goes far beyond just the people on the streets,” said Handlery. “This is a serious economic matter for the city.”