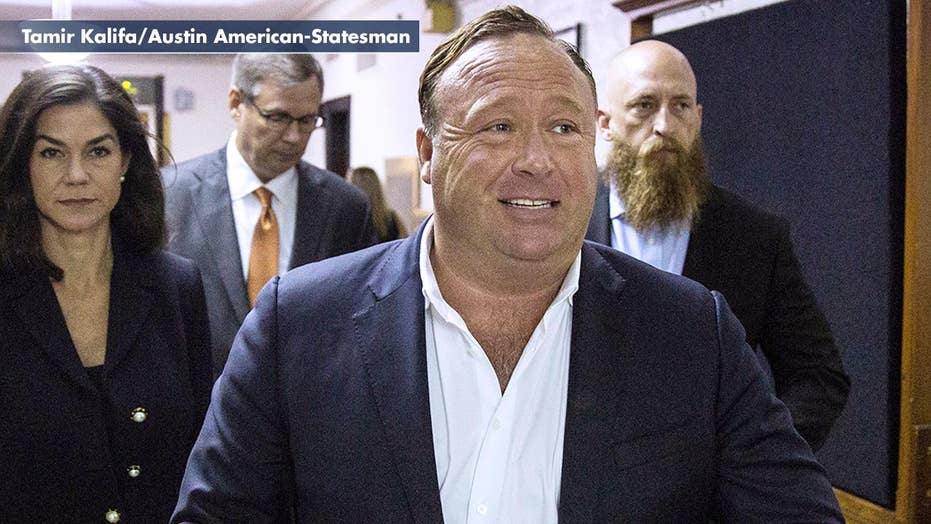 Twitter CEO Jack Dorsey responds to backlash over the social media platform deciding not to ban the conspiracy theorist.

The Travis County Jail in Austin confirmed to Fox News that Jones was charged with DWI, a Class B Misdemeanor. Authorities said he was booked at 12:37 a.m. and was later released at 4:11 a.m. "on a personal recognizance bond."

In a statement to Fox News, Jones insisted he was innocent, claiming the results of the breathalyzer test he took was actually "under the legal threshold."

"The media, in general, has made a lot of mistakes reporting on this story, and I understand why. DWI laws vary from state to state, and even county to county, and town to town. In Travis county, if they believe they smell alcohol, they take you in to the jail for testing," Jones said. "Once I was tested, I was found to be under the legal limit, so not guilty of a DWI under the Texas statute. I have talked to counsel, and they believe it will be a mere formality to have the case dismissed. Again, I am innocent of driving under the influence of alcohol because when tested, I was under the legal threshold."

The far-right wing radio host promoted many viral conspiracies -- including the claim that the Sandy Hook Elementary School massacre in 2012 was a hoax, a claim he later conceded was false after the victims' families sued the InfoWars founder.

According to a 2019 deposition, Jones said he "almost had like a form of psychosis back in the past where I basically thought everything was staged, even though I'm now learning a lot of times things aren't staged."

Jones blamed his mental state on "the trauma of the media and the corporations lying so much, then everything begins -- you don't trust anything anymore, kind of like a child whose parents lie to them over and over again, well, pretty soon they don't know what reality is."