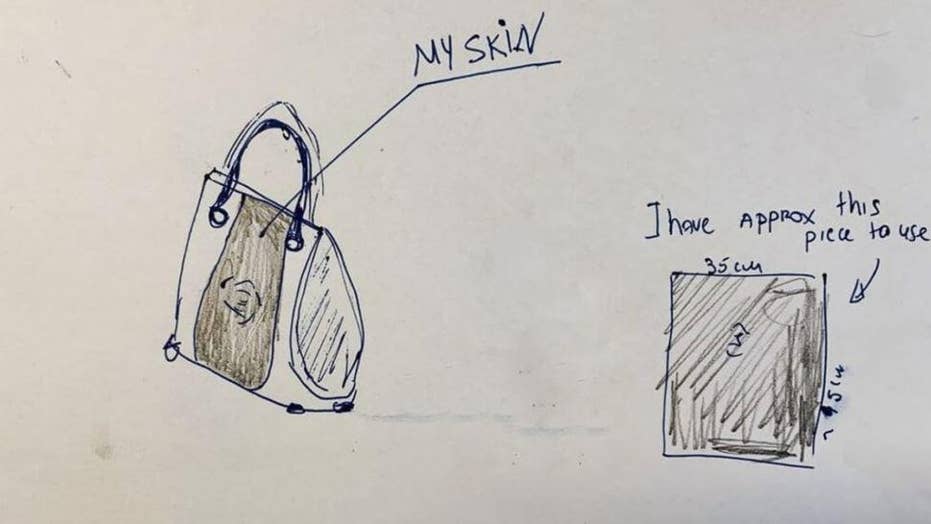 A woman is searching for designer to use skin from her amputated leg to make her a handbag.

A woman is reportedly trying to find a designer who will make her a handbag out of her own skin from her amputated leg.

Joan, who did not provide her last name, from Manchester, England, is said to have posted the bizarre request online, called “my leg handbag.” The 55-year-old revealed she had peripheral arterial disease, and it was “looking very likely” she was going to have her lower left leg amputated.

But rather than say goodbye to her limb forever, Joan wants to turn it into a purse.

She posted a request online on Sewport, reaching out to designers through the custom clothing platform who might be willing to take on the project, which she has budgeted about $3,900 for.

“I was reading about the human waste scandal where they just dumped body parts in a dump to rot and I don’t want that to happen to me,” Joan said. So after chatting about leather with a friend, she had a “lightbulb moment”.

SPERM PRINTS WERE THE HOT TREND AT LONDON FASHION WEEK

“Can I use my amputated leg to create something beautiful and useful?” she recalled thinking.

After discussing with the hospital whether she could keep her leg, their reaction has been “positive” so Joan is trying to find someone willing to take on the job.

“I’d like a professional already lined up to make it into a handbag. I’m thinking medium-sized handbag with a short strap and a section down the middle that will be made from my skin and the rest will be made with another material,” she said.

Joan had made a few sketches of what she had in mind, adding she thought a handbag “is the most logical route to go down.”

“It’s basically the same as a leather handbag but this one is with my skin, it belongs to me why not?” she said. “From my own research, the person making this handbag will need to know how to preserve skin like with animal/leather products.”

But she acknowledged how bizarre her request was, saying: “I know it’s a bit odd and gross, and some people might think I’m crazy, but it’s my leg, and I can’t bear the thought of it being left to rot somewhere. It’s part of me and I want to keep it.”

Although she signed off by saying her family “weren’t happy” with her idea.

The request was posted on Sewport.com, who confirmed they’d reached out to Joan personally.

“We’ve never come across a designer wanting to make a handbag from her own skin. After corresponding with her, it came to light that she got in touch with us after seeing the request from the lady who wanted the dress made from her Mother’s hair, and was inspired to do something similar. Before you say ‘ew gross!’, we’ve spoken with the woman and her reasoning behind it is actually understandable and very personal,” Sewport said.

“We thought who are we judge? The designer in question is desperate and struggling to find a professional who can help her, we’ve helped mock-up designs,” the company added.