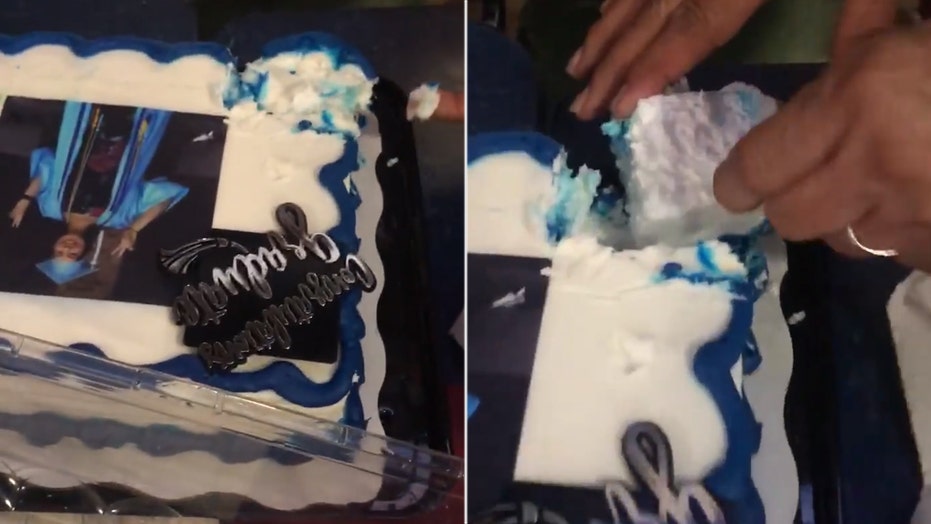 A Texas woman was shocked when she cut into her daughter’s graduation cake over the weekend only to find that their local Walmart provided the family with a prop cake made of Styrofoam instead.

Nellie Flores posted a video to Facebook on Friday that showed the moment her sister, Marsy Flores, cut into her daughter’s graduation cake only to find that that it was actually a piece of Styrofoam covered in frosting with a picture of the graduate as decoration.

According to Nellie, her sister initially ordered a two-tier cake from a Walmart in Pasadena but when she went to pick it up, she was told that they had lost the order. She was then told that she could pick a cake for free to make up for the mishap and the bakery would decorate it for her. Marsy picked a smaller cake Walmart had available and the bakery added the decorations.

EMPLOYEE THREATENS TO TELL HR ON COWORKER FOR NOT MAKING CAKE

However, once Marsy got home and the family cut into the dessert, she realized something was wrong.

The family took a video showing a prop cake that had been decorated to look like the Flores’ actual cake.

“It’s a special moment, and this is what we got for it, a Styrofoam cake,” Marsy told KPRC. “This is my baby, and she was graduating, so it was very important to me.”

According to the report, she was given a $60 gift card by Walmart to make up for the mixup but Nellie said in her Facebook post that money can’t undo the “embarrassment” that the family underwent.

“It can’t make up for the embarrassment and humiliation she went through with family and school friends there... I hate Walmart,” she wrote.

Walmart did not immediately respond to Fox News’ request for comment.