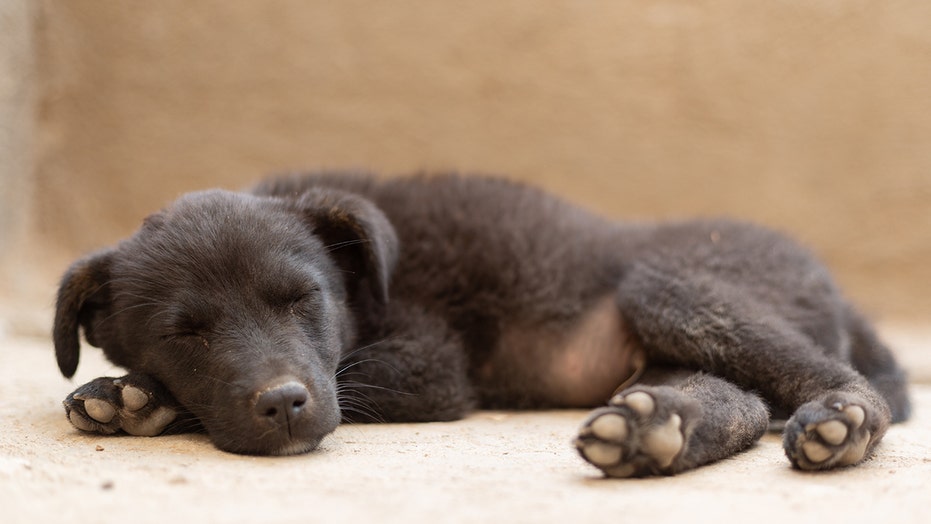 A puppy store in Utah is under investigation after a “concerning” video caused some to believe that the store’s puppies had been drugged.

YOU MAY BE WALKING YOUR DOG WRONG, PETA FOUNDER SAYS

“This dog is drugged,” Ewell said as he shook one puppy’s paw. “They’re all sedated. There’s no way … completely nonresponsive.”

At the end of the video, he also taps the glass to which another dog remained unresponsive.

Ewell explained on Facebook that he went to dinner nearby and decided to check out the puppies with his children.

“I don’t want to jump to conclusions, but something doesn’t seem right about this place. Here are some videos I posted to my Snapchat. What do you think?” he wrote.

The video, which has garnered 115,000 views, sparked strong reactions online. Many called on Ewell to contact the authorities, while others vowed to do so themselves.

Ewell said he contacted the West Jordan Police Department’s animal control division, which confirmed to Fox 13 that it opened an investigation into The Puppy Store.

“When we saw the video, we were concerned. The store owner declined any wrongdoing and the investigation continues,” West Jordan Police Sergeant J.C. Holt said. “We’re not sure what was going on. The store owner basically said, ‘The puppies were tired from a full day of attention and people playing with them.’”

The Puppy Store responded to public backlash in a statement posted on Facebook along with a video of energetic puppies.

“We do not drug or sedate our puppies,” the statement said. “We do however give our puppies vitamins and probiotics to improve on their fragile immune and digestive systems on a daily basis.”

Sgt. Holt said despite not being able to prove there had been any wrongdoing, the investigation would remain open.

“Still, you see the video. We are concerned over it,” he said. “The case is open, the case is active. We will continue to look into things and monitor that situation up there to make sure that there’s no wrongdoing going on.”