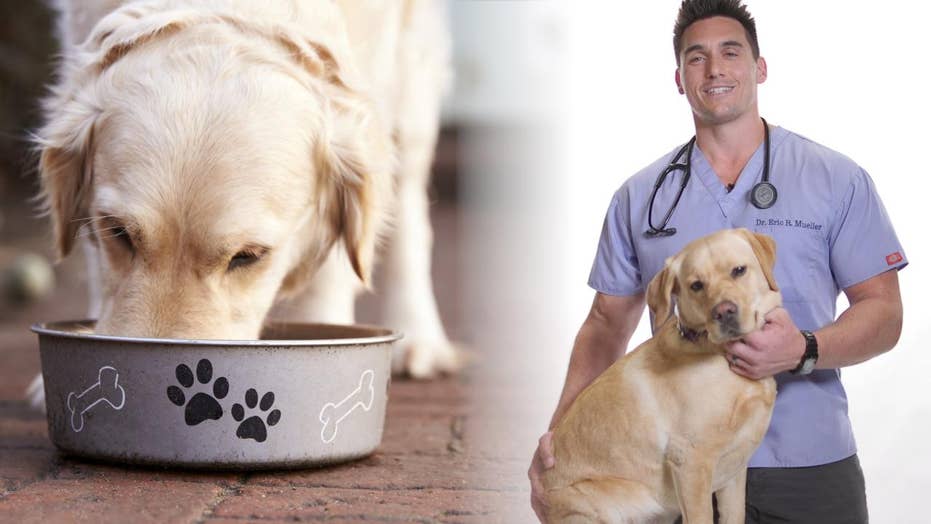 Dr. Eric Mueller, DVM, shares his expert knowledge on the risks of pet obesity, common myths about canine and feline nutrition, and how to show affection for your four legged family member, besides indulging them with treats.

Pet owners know that there’s nothing better than coming home to four-legged family members, but one too many treats can pose a threat to Fluffy and Fido’s long term health.

To that end, Dr. Eric Mueller, DVM, chatted with Fox News on the risks of pet obesity, common myths about canine and feline nutrition, and how to show pets affection beyond indulging them with food.

Dr. Mueller is the owner and operator of Noah's Bark Mobile Veterinary Services in the Atlanta area, and has partnered with Royal Canin on their "Fight the Beg" campaign.

FOX NEWS: Why is pet obesity such a prevalent issue in America?

EM: There’s so many different factors that I believe contribute to why our dogs and cats are so overweight.

One, we’re just busy people … and it’s really easy to come home from a busy day of work and give our pets a treat. There’s also a lot of misknowledge where a lot people think their pets may be hungry because they’re acting for attention.

Really, they just want to go outside for a walk, or need attention.

DOG MISSING NEARLY A YEAR IN WOODS REUNITES WITH OWNERS: 'HE IS ONE TRUE SURVIVOR'

What dangers and risks does obesity pose for the long term health of dogs and cats?

Canine and feline obesity exacerbates and accelerates almost every process that I’m aware of. Whether it’s arthritis, heart disease, even dermatitis, a lot of those diseases are made worse by obesity.

On top of that, it’s been shown that those diseases happen sooner in life. So when you think about it, you’ve got a disease process, most of them are degenerative, and then you’ve got another process that’s causing them to happen sooner.

At the end of the day, the simple math equation is that the pet just doesn’t live as long. And everyone wants more time with their pets.

That’s why it’s important to start thinking about healthy pets, healthy feeding, and what a good body weight is for your pet.

What are the most common misconceptions about canine and feline nutrition?

One of the biggest misconceptions is that a weight loss or diet program could cause a negative relationship with your pet — and that couldn’t be more far from the truth. If you do it the right way, you really can have a great, and sometimes even a better relationship.

I [also] hear are that are “dogs are carnivores like wolves, and they don’t need anything but meat,” but that’s not true, they’re omnivores like us. Its important to talk to your vet about what a good, nutritionally balanced diet is for your pet.

KENTUCKY MAN LEAVES $190G IN WILL FOR LOCAL ANIMAL SHELTER: 'WE WERE ECSTATIC'

What are some healthier ways pet parents can show affection for pets besides feeding them treats?

There’s many, many things that pet owners can do to show healthy affection without overfeeding. I do a lot of house calls, so sometimes I take the dogs on walks to go to the bathroom, and they light up. That’s an alternative and they’re just as happy.

Other things you can do is just spend time and give affection.

If you are going to give treats, talk to your vet about healthy treats. Instead of giving them a milk bone, give them a piece of kibble, they’ll be just as happy.