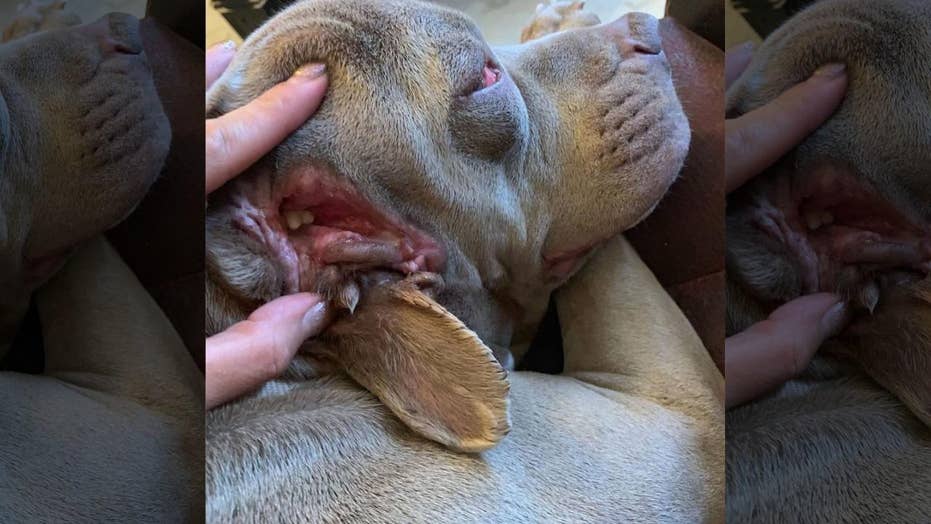 A dog in Oklahoma with 2 ‘mouths’ is given a permanent home.

A unique dog with two “mouths” in Oklahoma has found a forever home, thanks to the owner of a local animal shelter.

Toad, a five-year-old mutt and once a stray in Oklahoma City, has a second “mouth” on the side of her head where an ear would normally be. The odd deformity features teeth and salivates, local news station KFOR reported.

Heather Hernandez, the owner of Mutt Misfits Animal Rescue Society, which took Toad in, adopted the pup for herself because the dog’s bond with her and her family “was just so immediate,” she told KFOR.

“We realized immediately she was different,” she said. “Obviously, the way she looks but, her personality and her bond to me and my family, it was just so immediate.”

Toad also has a “misaligned” face and hearing and vision issues, Hernandez said.

“We were completely shocked when we first saw it,” Hernandez added, referring to Toad’s second mouth. "It kind of sounds like something from a science fiction movie."

The teeth on the side of the dog’s head are apparently connected to her skull, meaning they cannot be removed. A veterinarian told Hernandez that Toad’s deformity likely occurred after she absorbed her twin in utero.

But the oddity hasn't prevented Hernandez from showing the dog plenty of love.

"It kind of sounds like something from a science fiction movie."

“Toad came into my life at the exact time that I needed her, and she has brought me infinite joy and happiness,” Hernandez added.