Carlos Burle Rides What Could Be Biggest Wave

During a monster day at the Portuguese big wave surf spot Nazaré, Brazilian surfer Carlos Burle rode what has been labeled arguably the biggest wave ever ridden.

During a monster day at the Portuguese big wave surf spot Nazaré, Brazilian surfer Carlos Burle rode what has been labeled arguably the biggest wave ever ridden while his compatriot Maya Gabeira nearly drowned after a horrific wipeout left her unconscious.

Less than a year after Hawaii native Garrett McNamara set the record at the same spot, Burle used a jet ski to tow himself into a wave that many experts say was over 100 feet. McNamara’s ride at Nazaré on November 1, 2012 measured 78 feet and is in the Guinness Book of World Records as the largest ever ridden.

"It was luck. We never know when we will be catching the wave,” Burle told Surfer Today. “I still hadn't surfed any wave and everyone had already had their rides. Maya [Gabeira] almost died. For me, it was a big adrenaline moment to get back there after what happened." 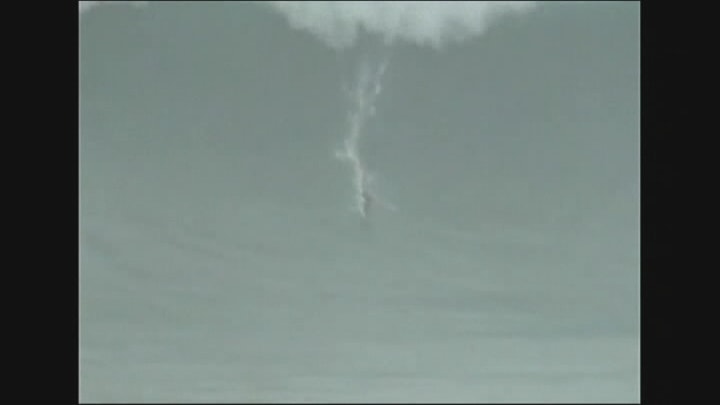 The 45-year-old surfer from Rio de Janeiro has made a career riding big waves. In 2001, he claimed a 72-foot wave at the Northern California big wave spot Mavericks, south of San Francisco.

Guinness World Records will analyze Burle’s wave to decide the official height, which is measured from the wave’s crest to the bottom of the swell.

While the day ended in success for Burle, it almost turned tragic for the group of surfers tempting fate when female big wave surfer and Burle’s close friend, Gabeira, nearly drowned and was consumed by a cascade of white water.

Video taken from the shore at Nazaré shows Burle on a jet ski trying to rescue Gabeira in the swirling water. After a number of failed attempts, Gabeira grabs hold of the tow rope attached to the jet ski before being engulfed by two more sets of waves. 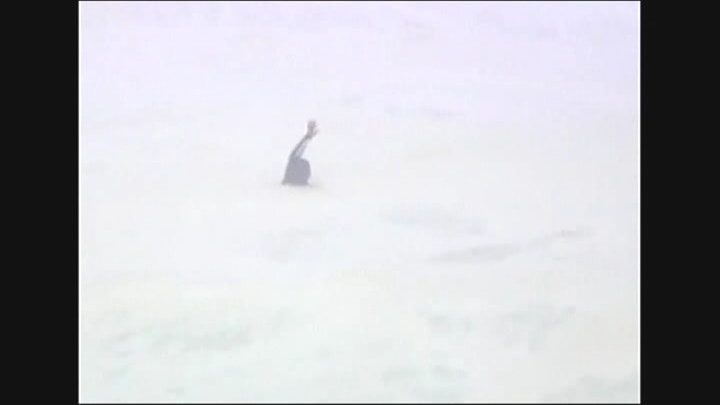 Gabeira is shown after laying unconscious and face down in the water before finally being rescued by Burle. She was taken to the shore and administered CPR before being taken to a local hospital.

She posted a photo Tuesday morning of her in the hospital giving a thumbs-up.