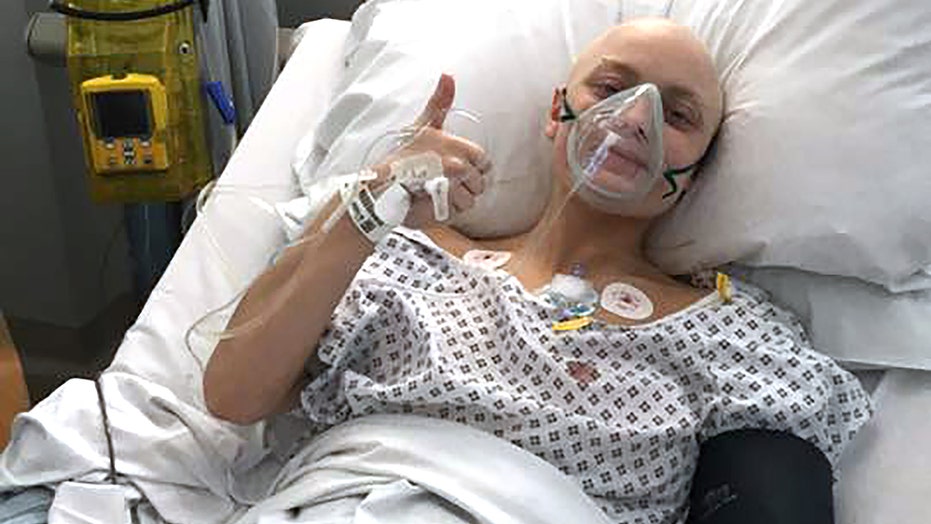 A 19-year-old woman who was allegedly told her heavy menstrual periods were due to “hormones” felt she was finally being heard when her doctor found a 12-centimeter tumor growing on her cervix.

Megan Burgeen, who loves dancing but said the bleeding and pain was so severe she couldn’t even walk, told Caters News that doctors didn't begin to listen until she sent them a photo of a massive clot that she passed.

Burgeen had to step away from dancing after the pain got so severe she couldn't even walk. (Caters News Agency)

“It was almost as if I gave birth to it, it was so big,” she told the news outlet, according to the New York Post.

Burgeen, who claims her pain was repeatedly dismissed since last September, was then diagnosed with rhabdomyosarcoma, a soft tissue cancer more commonly seen in children.

“When I finally got a diagnosis, it was like I didn’t have to worry about not being listened to anymore,” she told the news outlet, according to The Post.

Burgeen, pictured with her mom, also shared the photo of the clot with her social media following, where it went viral.  (Caters News Agency)

After five rounds of chemotherapy and a hysterectomy, Burgeen was declared cancer-free. Doctors were also able to retrieve some of her eggs before she began treatment, meaning surrogacy may be a future option for her, Caters News reported.

“At first I was upset about the fact I’d lose my hair and not be able to carry children. But in the end, I just ended up looking at the positives like the fact I can be alive to watch my hair grow back and have kids through surrogacy,” she told the news outlet.

Burgeen's now focused on returning to dancing as soon as she's well enough.