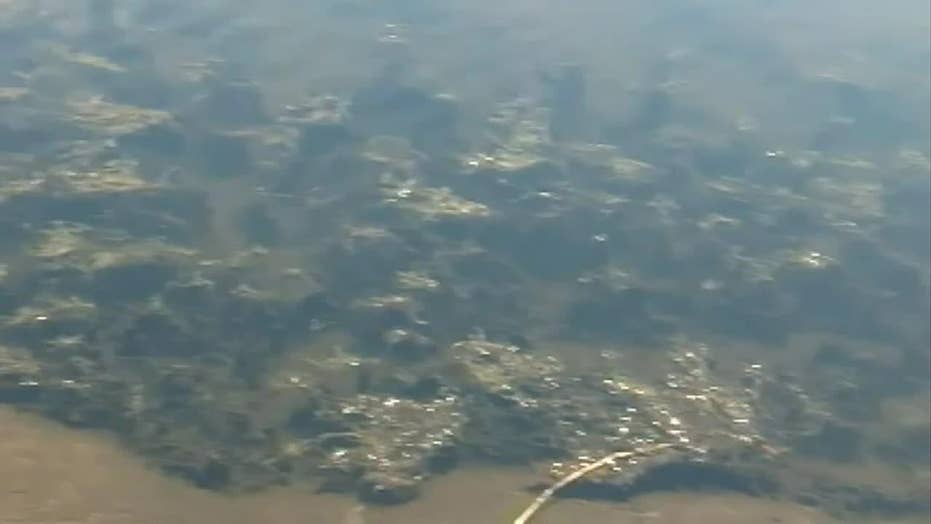 A Wilmington, NC resident is devastated after her three dogs suddenly died yesterday following an afternoon of playing in a local body of water.

Toxic algae killed three dogs in a matter of hours after they played in a North Carolina pond last week, their owner wrote on Facebook.

Melissa Martin of Wilmington wrote that around noon on Thursday her three dogs, Abby, Izzy, and Harpo, “contracted blue green algae poisoning” after swimming in a local pond.

“I wish I could do today over. I would give anything to have one more day with them.”

She added, “What started out as a fun night for them has ended in the biggest loss of our lives. We need your prayers.”

In another Facebook post, Martin wrote that the dogs’ health deteriorated quickly on Thursday. Martin said early Friday morning that she initially thought that her dog Abby had been stung by something.

Her dog Izzy started “seizing,” she wrote, adding that when she had contacted a veterinarian she was told to bring her dogs. She said by the time Izzy arrived, she “was almost lifeless” and “Harpo was just beginning to seize.”

“The Westies were really out of it, constantly seizing and unable to breathe well, so we decided we would let them go together peacefully,” Martin wrote.

“In the process, Harpo started to go down hill soon after.”

She added, “The vet said that he was suffering and his chance of survival with no liver failure and internal bleeding was very low.” She went on to write, “I held him and told him how awesome he was, and reminded him of all the lives he touched. Then we let him go.”

Martin wrote, “The hardest thing I have ever done is hold these incredible animals and watch their lives slip away.”

She said that her goal since then has been to warn others of the dangers of “this deadly bacteria.”

Some blooms of blue-green algae can produce chemicals toxic to animals and people who drink the untreated water, according to the North Carolina Department of Health and Human Services (NCDHHS). The department added that the algae bloom may turn the water neon green, blue-green or reddish-brown, could cause a bad smell and taste in the water and sometimes forms a foam or scum on the water's surface.

The algae also could kill fish and can cause skin irritation or breathing irritation in people who get in the water or handle the algae, according to the NCDHHS.

On her Facebook page, Martin shared a post from Morgan Fleming of Marietta, Ga., on Sunday, who said she also lost her dog after she brought her to a lake.

In response to Fleming’s post, Martin wrote, “And here we go again! It’s a traumatic, excruciating death. We are heartbroken for them, and unfortunately, we know how they feel, times three.”

Fleming said she took her dog Arya to a lake on Saturday morning and about 30 minutes later on the drive home, she “noticed her making weird noises and she threw up and pooped in the car.”

She called a veterinarian who told her to bring Arya.

“By this point our girl couldn’t even stand,” Fleming wrote, adding that veterinarians told her Arya was in critical condition so she took her to the emergency room.

“By the time we got there, she was brain dead,” Fleming wrote.

She added, “We lost our fun, loving, and crazy girl to what we can only assume was a lake toxin such as blue green algae.”